Local actors, writers and directors are featured in Axial Theatre‘s sixth annual Twisted Valentines festival, a seasonal tribute to love, lovers and those determined to fling their own arrows at Cupid, that runs Fridays through Sundays, Feb. 7 – 16, 2020, with a special Thursday performance Feb. 13 in Pleasantville.

The eight original one-acts include two directed by Ossining’s Nathan Flower, one written by Briarcliff Manor playwright Evelyn Mertens, and one with Ossining actor Marilyn Collazo. The festival is a mix of comedies and dramas that probe the depths of joy, despair, and everything above, below and in-between that love and lust are prone to evoke. 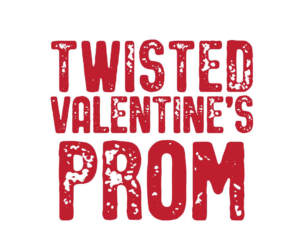 *A special Valentine’s Dance will follow the Saturday, Feb. 15 performance.

Tickets are $25.00 general admission, $20.00 seniors and students, and can be purchased online at Brown Paper Tickets (https://www.brownpapertickets.com/event/4492393).