Driving through Briarcliff Manor, one may notice several large stone lanterns sporadically located within the village.

Gifted to the Briarcliff Church and village founder Walter Law by several missionary families in the early 20th century, six lanterns continue to grace the community more than a century after the exchange.

The Briarcliff Manor lanterns are not your typical, run-of-the-mill lanterns. Their main purpose is not to light up an area, but to add character, charm and a piece of history. These lanterns are intricately decorated, several feet tall and weigh thousands of pounds.

Although there are six lanterns located throughout Briarcliff Manor, photographs show that more lanterns existed. Each lantern has its own specific characteristics, making each one unique. River Journal talked to Karen Smith, executive director of the Briarcliff Manor Historical Society, about the lanterns’ history.

“The lanterns were already an antique before they came here,” Smith said. “They are at least 150 years old.” Smith said the exact origin of the lanterns is unknown. One thing Smith is certain of is where the lanterns are currently located. 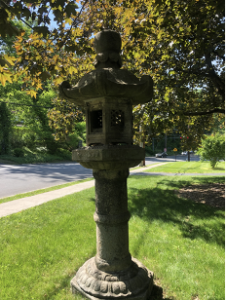 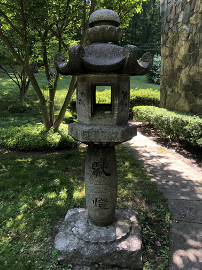 Lantern 2 was also located on the grounds of the Briarcliff Lodge, but its exact location on that property is unknown. It is now placed between the Briarcliff Congregational Church and the Church Manse on South State Road. 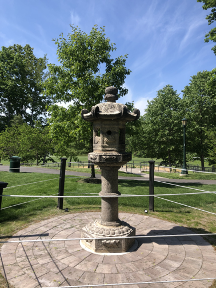 Lantern 3 was located on the nine-hole golf course that used to be on the Briarcliff Lodge’s property. Over time, homes were built in the area and a house was built near the lantern. Until 2020, Lantern No. 3 lived in the backyard of a private home on Central Drive. The Sears family, who lived in that house, donated the lantern to the Briarcliff Manor Historical Society and the village in anticipation of their move to Connecticut. Unfortunately, moving the lantern was more difficult than expected, but with many different parties’ help, including Village Manager Phil Zegarelli and the master sculptor he hired, Bob Carpenter, the lantern is now located safely in Law Park. An in-person celebration will be held at the new lantern site sometime in the future. 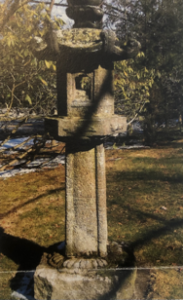 Lantern 4 and 5 have not been moved since they were placed in 1902. Lantern No. 4 is located at the corner of the Briarcliff Congregational Church property. Lantern No. 5 is located at a private home on Scarborough Road that used to be the home of Walter Law’s daughter. 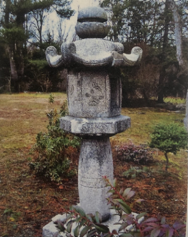 Although the lanterns themselves do not light up, they continue to brighten up the village of Briarcliff Manor through their lasting presence.