A credit union offers the same products and services as banks, but is a member-owned, not-for-profit financial cooperative.

Winkler noted that the biggest challenge was building in the middle of the pandemic. “There were lots of setbacks and hurdles. It was a long journey but we’re glad to be here.” Even the grand opening was set back, with MHV having first opened its doors in Peekskill in early January 2022.

Mattone was honored with a Commendation Award for his volunteerism and active participation in the Peekskill community. In presenting the proclamation, New York State Senator Pete Harckham praised Mattone for “making a commitment to embed yourself in the community,” ending with, “You’re a godsend. We love you.” Mattone’s local involvement includes sitting on the Foundation Board of the Gateway Chamber.

Chief Experience Office Chris Gomez said there’s a national trend for credit unions like MHV. He attributed it to the kind of “financial solutions desert” they identified in the Peekskill market. “There’s an acute need for our services,” said Gomez, adding that the new branch has signed up 250 members since it opened, which he said is, within the same calendar quarter, “four times some of our branches north of here.”

MHV prides itself on giving back to the communities it serves. Last year, it donated more than $200,000 to nearly 100 non-profit and community based organizations, which included local organizations like Caring for the Hungry and Homeless of Peekskill (CHHOP), Hudson Valley Gateway Chamber Foundation, and MyMoney Workshop. It also participated in the Peekskill BID Farmers Market. 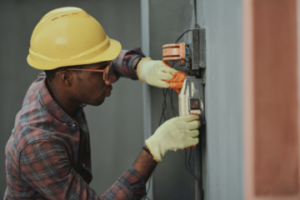