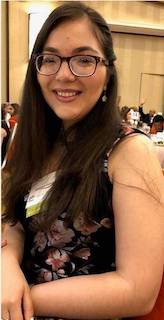 In memory of the late Alison E. Greene, the distinguished Westchester attorney, community leader and political activist, Westchester Women’s Agenda announced it has awarded a scholarship in her honor to Valentina Loaiza, an exceptional Peekskill High School senior, who plans to attend Cornell University and follow Greene into the legal profession.

The $2900 scholarship was presented to Valentina by Greene’s daughter, Carrie Teicher, at the recent In The Company of Women Luncheon given by the YWCA of White Plains and Central Westchester.

According to her school’s guidance counselor, Valentina “felt empowered having been able to give voice to those who have none.”

On receiving her award, Valentina said: “It’s an honor to have received this meaningful scholarship. I’m very grateful to have been chosen by such an amazing organization that advocates for the empowerment of women.”

Valentina plans to continue benefiting her community and society by majoring in government and public policy with the goal of becoming a lawyer. 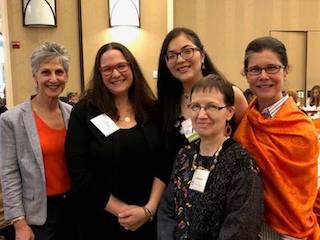 In doing so, Valentina will be entering a path blazed by Greene, who served as a Court Attorney Referee in New York State Family Court; General Counsel to the New York State Senate; Director of Operation Assist of the Children’s Health Fund; Executive Director, Westchester County Human Rights Commission; Regional Director, US Department of Health and Human Services; Attorney-in-Charge, Civic Division of Legal Aid Society of Westchester and was the former Chair of the White Plains Democratic Committee. Greene was a longstanding member of the Westchester Women’s Agenda.

Valentina plans to leave her own mark on her path to success.

The Westchester Women’s Agenda is a feminist organization that advocates on behalf of women in Westchester County and works to ensure that the social and economic climate in the County offers women equal access to opportunity. Its membership represents over 50 individuals and organizations serving tens of thousands of residents each year. For more information, visit http://wwagenda.org.