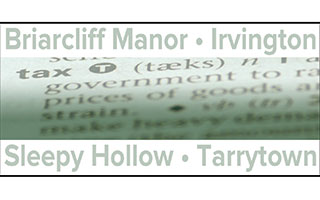 According to a Sienna College Research Institute study conducted this past February, the majority of voters polled said local governments ranked higher than New York State and Federal governments in several areas, specifically when it comes to understanding residents’ needs, managing our tax dollars and getting things done. While local services like fire and police got high marks, as well as support for more spending on infrastructure, only one in eight respondents said they would like more government services and higher taxes in order to pay for them.

Complying with the “Property Tax Cap Levy” and the “Property Tax Freeze Credit,” local government officials should be commended for managing to keep spending increases below inflation, despite the lack of mandate relief that was promised by New York State government in 2012.

Are you eligible for a property tax cap rebate resulting from your village’s 2015-2016 fiscal year budget? In order to qualify, your adopted village budget must remain below the tax levy cap rate of increased property tax over the previous year, and you must meet the requirements for the STAR property tax exemption – the property must be your primary residence and your total household income must be $500,000 or less.

The New York State Government Finance Officers Association defines the real property tax levy as the total amount of money to be raised by property tax to cover the cost of providing public services. Tax cap legislation was signed into law in June 2011, and established a limit on the annual growth of property taxes levied by local governments and school districts to two percent or the rate of inflation, whichever is less. For the upcoming fiscal year, June 1, 2015 – May 31, 2016, the amount for this levy is capped at 1.68%, as determined by New York’s Office of State Comptroller.

When a village develops and adopts its budget each fiscal year, revenues are estimated from all sources other than property tax, such as sales tax receipts, building permits and application fees, state aid, mortgage recording taxes, etc. This total amount is subtracted from the operating expenses in the proposed budget. A portion of unspent funds from previous years (un-appropriated funds) may also be used to lower the remainder needed to pay for services. This remainder is the real property tax levy.

The tax cap levy restricts the amount of property taxes a village can raise from one year to the next. If, for example, a village had a real property tax levy of $10,500,000 for fiscal year 2014-2015, in order to stay within the tax cap, this amount could not be raised more than 1.68%, or $17,640.00, resulting in a total tax levy of $10,517,640 for fiscal year 2015-2016. Your tax rate is determined by dividing the total amount of the property tax levy by the total taxable assessed value of your village. Your tax bill is determined by multiplying the tax rate by each $1000 of assessed value of a property.

Other factors that affect your tax rate include higher or lower total taxable assessed values of your village, and services – fire, sanitation, water, street lighting, etc., that are specific to where you live. These costs could cause your property taxes to be more than the total tax cap levy.

If the total assessed value of a village goes up, for example, as happened with the sale of the GM property to Lighthouse Landing in Sleepy Hollow, property taxes will most likely go down. Village Administrator Anthony Giaccio pointed out, “Unfortunately, we are still working on the budget and can’t give a definite answer on the tax cap. However, we’re expecting village taxes to go down as a result of GM going back on the tax rolls.”

According to Village Administrator Mike Blau, “The tentative budget that I will be submitting to the Board of Trustees will be within the tax levy cap.”

The Village of Irvington held a trustee meeting on March 11th to discuss budget allocations for the next fiscal year. In attendance were representatives from the police and recreation departments, after which a budget overview was discussed among the trustees. Various fixed costs were considered and calculated to determine several budget scenarios. At the time of this writing, it was too preliminary to know if the budget will be within the tax cap levy of 1.68%, but Village Administrator Larry Shopfer shared that no significant initiatives are planned in the next budget. The Village of Briarcliff Manor has also not released their tentative budget, and has proposed scheduling dates for a public hearing on their tentative budget, held on either Wednesday April 1st or April 8th.

The Property Tax Freeze is simply explained as follows: The Executive Budget provides a 2-year property tax freeze to residents in local taxing jurisdictions that agree to abide by the property tax cap in the first year. In the second year, the local taxing jurisdiction must remain within the cap and must submit a shared services plan with neighboring local governments that achieves savings equal to 1% of the combined tax levy in year one, 2% in year two and 3% by year three of implementation.

Qualified homeowners are eligible for the STAR tax relief property tax exemption and live in the taxing jurisdiction that limits its tax levy to the current property tax cap set by law.  A government efficiency plan showing reduced costs and determined to be compliant by the NY Division of Budget is required to be submitted by June 1, 2015.

The Village Officials Committee (VOC) was formed in 2003 to allow for the exchange of common interests and ideas among elected officials of the villages in the Town of Greenburgh, including Tarrytown and Irvington. In 2007, village managers and administrators were brought into the group, as the focus of the organization turned to cost-saving efficiencies. Sleepy Hollow also joined several years ago. According to a 2011 press release, this group had saved village taxpayers over $500,000, with joint road surfacing, vehicle and equipment sharing and joint maintenance contracts. Village Administrator Anthony Giaccio explained, “We are working with the Village Officials Committee to comply with the 1% (of the combined tax levy in year one) in case the Board chooses to stay under the cap.” Another member of the VOC is Village Administrator, Larry Shopfer, from Irvington who stated, “We were pleased to join with our fellow Greenburgh villages and Sleepy Hollow to come up with the Government Efficiency Plan as required by the Tax Freeze legislation.  There are many examples of efficiencies and sharing that Irvington is involved in.  One of the more prominent items is the LED Streetlight project that we are currently undertaking.  Elmsford took the lead on collaborating with a larger city (New Rochelle), but several of the villages are planning to take advantage of the Elmsford/New Rochelle bid.  We expect to save 50%-60% of electricity costs immediately and achieve long-term savings in maintenance going forward.  We have also successfully participated with our fellow villages in joint paving contracts and equipment sharing over the years.”

Tarrytown Village Administrator Mike Blau noted, “Tarrytown is working with the Villages of Ardsley, Dobbs Ferry, Elmsford, Hastings, Irvington and Sleepy Hollow on the development of the Government Efficiency Plan.  The 7 Villages hired a consultant to review what we believed we had that would contribute to the Plan. We continue to work on the plan and believe that we can demonstrate to the State a 1% savings on the tax levy for 2017, 2018 and 2019.”

At the time of this writing it was not known what efficiency plan the Village of Briarcliff Manor has developed to take advantage of the property tax freeze credit after 2016.

A graphic on http://cutpropertytaxes.ny.gov illustrated that New York’s Westchester County pays the highest property taxes in the nation, by total dollars paid. Property tax relief is certainly welcome here. Many feel New York State government needs to take this tax relief a step further. In a January 2015 press release, Peter A. Baynes, Executive Director of the New York State Conference of Mayors and Municipal Officials commented, “Mayors are working strenuously to control spending. The vast majority of local governments are complying with the tax cap, and, since 2008, cities and villages have managed to keep average annual spending increases to well-below inflation and the State’s spending growth. Yet, until there is a significant increase in municipal aid and meaningful relief from State mandates, sustainable property tax relief for all New Yorkers remains elusive.”

There’s a reason why the Sienna Research Poll showed a higher approval rating for local government officials as opposed to State and Federal. Their dedication, understanding and hard work is a direct result of their commitment to the villages that they themselves live and work in. They are taxpayers also and they devote the time and expertise needed to craft a budget that requires the least amount of property tax dollars possible. The Villages of Briarcliff Manor, Irvington, Sleepy Hollow and Tarrytown are well staffed with a talented pool of individuals making the tough decisions that make our lives better.