Rivertowns’ 4th Annual Jewish Cultural Festival takes a Unique Approach. What is Jewish “Culture?”  A proliferation of festivals in the Westchester/Rockland area are slated to begin shortly.  Only one festival takes a different approach: The 4th Annual Jewish Cultural Festival is taking place April 10 through April 18 throughout the Rivertowns, with locations from Lyndhurst Castle in Tarrytown to the Greenburgh Hebrew Center.  The eight events are purposefully diverse in nature.

“We’re showing one film, Dough, which people have been raving about across the country,” said festival co-coordinator Rabbi Lisa Izes, of Irvington, “but we also have Passover cooking with Joan Nathan, who is the maven on Jewish cooking.  Our festival has music, art, Yiddish, and even a program for preschoolers.”

Tickets are available at JFestival.Eventbrite.com.   More  information be found at JCContheHudson.org. 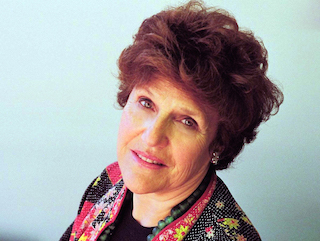 1) Passover Cooking: An Intimate Hour in the Kitchen with Joan Nathan

A lucky few will join Joan for an intimate cooking demonstration focusing on a few recipes from her bestselling book, “Quiches, Kugels and Couscous: My Search for Jewish Cooking in France,” and an informal chat.

Fee: $75 per person    Space is limited, so sign up early!  http://JFestival.Eventbrite.com

Joan will delight us with a history of the foods of Passover through the ages in that engaging way that only this doyenne of Jewish cooking can.  How have tastes and traditions changed over time and place?

Joan Nathan, the authority on Jewish cooking from many perspectives: culinary, cultural, and historic. She is the award-winning author of twelve cookbooks and a regular contributor to the New York Times, Food Arts Magazine, and Tablet Magazine.  These two events will be held at Lyndhurst Historic Trust, in the Carriage House, 635 South Broadway, Tarrytown.

Husband and wife duo, violinist Sergey Nazarov and pianist Marianna Udler perform classical music written by Jewish composers, and Jewish music written by classical composers!  The program will include works by Mendelssohn, Kreisler, and Wenyavsky, as well as by contemporary composers.  Presented in conjunction with the Renard Lectures.

The “Dear Abby” column of The Forward

Oy, what tzuris!  Before Abby dispensed advice, NY’s Eastern European immigrants turned to the Yiddish paper, The Jewish Daily Forward, for help with their problems in life and love. Yiddish expert Maddy Simon will share (and help translate) some questions, and we’ll all do our best to guess what advice the Bintel Brief gave before we hear the published replies! 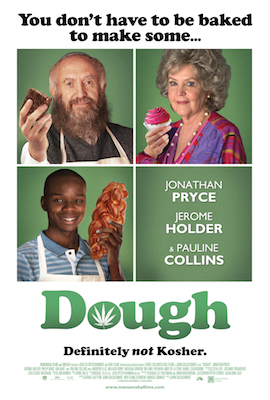 What can an old Jewish baker do to save his ailing business?  Hire a young refugee from Darfur, who inadvertently adds a little something to the dough that makes the challah fly off the shelves!   It’s a fun trip of a movie.  Starring Jonathan Pryce.   Rabbi Jay Stein, Greenburgh Hebrew Center, will host a short discussion after the film.

Four year olds in the early childhood programs of the RJC will celebrate Shabbat together, participate in the mitzvah of feeding the hungry, and enjoy some great entertainment. Through social action and celebration, children become part of a wider Jewish community. By invitation only.

Showman Neil Berg and company bring you a knock-out afternoon filled with the musical gems of the Great White Way.  Singers and musicians will bring a taste of Broadway to Tarrytown for your pleasure and enjoyment.  A treat for audiences of all ages!

$10 for kids and students

Sculptors George Segal and Louise Nevelson, contemporary painter Alex Katz, and pioneer of modernism and a master of color, Marc Chagall, are the subject of this talk.  Artist and educator Terry Kessler Schwartz will discuss their differing styles and spiritual approaches.  Presented in conjunction with the Renard Lectures.