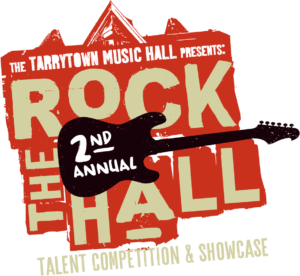 The Tarrytown Music Hall is looking for the next winner of their 2nd annual Rock The Hall Talent Competition and Showcase. The contest is open to bands or solo artists at any stage of their career, in any genre of music; the only criteria is that the music light up their panel of eleven judges, including prominent music industry veterans with several Grammys between them and experience working with the top artists of our time (Bob Dylan, The Rolling Stones, Bonnie Raitt, Levon Helm, Warren Haynes, Alice Cooper and B.B. King, to name a few).

The deadline to enter is July 15. The Tarrytown Music Hall website (tarrytownmusichall.org/rock-the-hall/) provides contest information and a link for artists to upload 3 songs and some general information. Two out of the three songs must be original content.

Last year’s contest drew over 200 entries, which was then narrowed down to seven bands who performed in a battle of the bands type contest; this year the battle will culminate in a final play-off on The Music Hall stage, in front of a live audience, on September 7, 2019.

The Music Hall is thrilled with the caliber of artists who applied in 2018 from far as Nashville, TN.  Alisa Amador won first place and is currently recording with two Grammy-winning producers as part of her prize package.  She was just signed to The Roots Agency and is poised for success. She represents all that The Music Hall reveres: Original, melodic, music with meaningful lyrics, and a certain magic that resists definition but you “just know” when you hear it.

Rock The Hall is one of many ways in which The Music Hall seeks to support emerging artists and create a vibrant music scene in our community.  Proceeds from Rock The Hall will go to support The Music Hall, a nonprofit, historic theater serving Westchester and the Tri-State area since 1885.