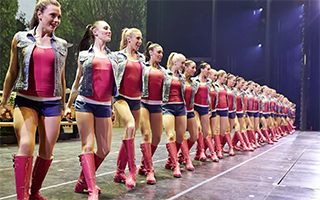 Why not welcome spring by taking in a new Radio City Music Hall Spectacular? Better yet, let Metro-North Railroad take you to the show and receive a $10 discount on tickets.

The world-famous Rockettes® are back and putting the finishing touches on “Heart and Lights” – a 90-minute extravaganza of 3D special effects, elaborate animatronics, an unforgettable soundtrack and eight incredible Rockettes’ dance numbers.  The action follows the adventures of two teenage cousins racing through the city while trying to uncover the secrets of their grandmother’s surprising past – and of New York, itself. Previews begin on March 27 with the show opening officially April 3 for a limited, five-week engagement.

Customers who want to take advantage of this special offer must order online at Radio City Music Hall’s “Heart and Lights” website http://heartandlights.com/get-tickets.mnr2014.html or call Ticketmaster at 866-858-0007 and use offer code MNR2014.

For more information on Metro-North Getaways packages, log on to: http://web.mta.info/mnr/html/getaways.htm