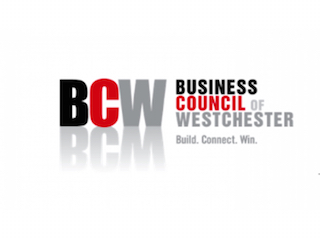 While the new State budget was passed essentially on time, to accomplish this, the Governor and leaders of the Senate and Assembly resorted to an all too familiar pattern. The final negotiations were held through the night, behind closed doors with virtually no public transparency and no opportunity for legislators to review it. This is not the way to instill confidence from the business community or the general public. Nevertheless, we now have a new budget, and while it is far from perfect, there are positives.

The controversial proposal to raise the State Minimum Wage to $15 was included, but not in a one‐shot manner as originally proposed. The Business Council of Westchester played an important role in slowing down the implementation which in Westchester will take place over five‐years. Further, if the economy weakens, the increases will be curtailed. We were also successful in separating Westchester from New York City in this discussion.

The BCW will carefully monitor the impacts on our members of the incremental increases in the minimum wage to assure the increases are not damaging their businesses. We are appreciative of the input and support we received from so many of our members in this emotionally‐charged matter.

We also played a major role in pressing for increased funding for infrastructure repairs that is provided in the new budget. It is critically important in attracting and retaining businesses that our roads, bridges and mass transit are well‐maintained and safe. The funding in the budget for infrastructure is a step in the right direction.

Now that the budget is passed, we will be working with our legislators to address other crucially important issues over the next several months of the 2016 legislative session. At the top of the list is mandate relief to reduce the enormous financial burden the State imposes on our county and municipal governments through the imposition of unfunded mandates.

We will continue to closely monitor and keep our members informed of activities in Albany that affect and impact the business climate.