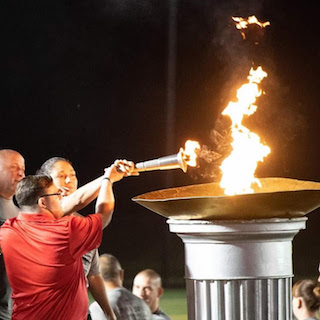 July 20, 1968 – The first International Special Olympics Summer Games were held at Soldier Field in Chicago, a joint venture between the Kennedy Foundation and the Chicago Park District.

Eunice Kennedy Shriver jotted down the Special Olympics athlete oath on the morning of July 20, 1968 — just ahead of the opening of the very first Special Olympics International Games. She recited them at a brief Opening Ceremony at Chicago’s Soldier Field before the start of competition – “Let me win. But if I cannot win, let me be brave in the attempt.” 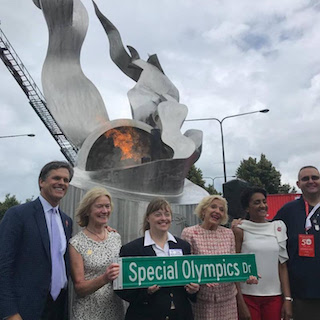 Shriver’s Vision alive! Thank you to all who have supported, volunteered, coached, watched, sponsored, joined/participated and dedicated their lives to our wonderful Athletes, our mission! The Athletes have #shined and will continue to shine for years to come!

The 2019 & 2020, Special Olympics New York Summer Games will be hosted in Dutchess County from June 14-16, 2019 and on June 19-21, 2020. More than 1,700 athletes and coaches will travel from around New York State to Vassar College and Dutchess Community College, as well as other locations throughout the county, to compete in a variety of sports.