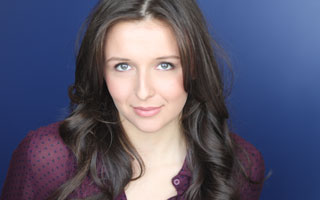 Our most spectacular production in years! Show Boat, the first great serious Broadway musical, combined the talents of Jerome Kern and Oscar Hammerstein II. The story, which spans almost fifty years, follows the lives, loves, and losses of a troupe of riverboat performers aboard the Cotton Blossom floating theater on the mighty Mississippi.  Its timeless score contains some of the most beautiful and emotionally charged songs ever written for a musical, including “Can’t Help Lovin’ Dat Man” and “Make Believe.” “Ol’ Man River”, is the show’s most memorable anthem about how the mighty Mississippi River, that unstoppable force of nature, is completely indifferent to human suffering.

Show Boat departed from typical musical comedy material, based on a best-selling novel by Edna Ferber, it’s a melodrama with musical numbers that actually reveal character and further the plot.

The musical illuminates the racial and social changes that were shaping the country in 1890-1927. It features a multiracial cast and a plot that deals, among other things, with the plight of an interracial couple for whom it’s illegal to perform together in certain Southern states.

The show opened on Broadway at the Ziegfeld Theatre on December 27, 1927. The critics were immediately enthusiastic, and the show was a great success, running a year and a half, for a total of 572 performances. It has been revived numerous times–most successfully by Hal Prince in 1994. Two Film versions were produced by MGM including the 1936 film with a Screenplay by Oscar Hammerstein II Starring Irene Dunne and the 1951 Technicolor film version with Ava Gardner and Howard Keel

We are thrilled to bring this classic hit musical to the WBT stage! Richard Stafford, a WBT favorite, will Direct and Choreograph the show. The Musical Director is Ryan Wise.

Set and Costume Design is by Michael Bottari and Ronald Case, Lighting Design is by Andrew Gmoser, Sound Design is by Jonathan Hatton and Mark Zuckerman, Hair/wig design by Gerard Kelly.  Steve Loftus is the Technical Director, The Production Stage Manager is Victor Lukas, Properties are by Grumpy Props. Lisa Tiso is the Associate Producer.

Ticket Prices Dinner & Show range between $56.00 and $84.00 PLUS TAX depending on the performances chosen. Beverage Service & Gratuities are not included in the ticket price. Discounts are available for children, students, and senior citizens at selected performances. Also check the website for on-going Special Offers! More news at: www.BroadwayTheatre.com

Man Of La Mancha– March 3rd to May 1st

All Dancing, All Singing, Irving Berlin In Hollywood –July 21st to September 11th.