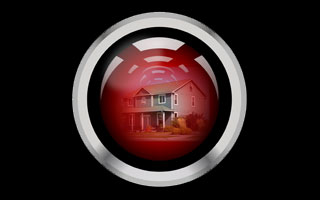 In the novel 1984, George Orwell predicted that the specter of “Big Brother,” with its all-seeing eye, would be watching and listening to everything we say and do.  Over 30 years have passed since the novel’s title date passed us by and, thankfully, it never came to fruition…or did it?

But was George Orwell really that far off base? No matter where you turn, video cameras are there.  They’re at gas stations, banks, restaurants, grocery stores and intersections.  Each person is a walking paparazzi, their phones capturing every moment the owner finds interesting.

In the real estate world, audio and video recordings raise an interesting issue.  Does a homeowner have a right to record audio or video of an open house or a scheduled appointment in their home?  The homeowner, compelled by the thought of strangers in their home, wants to monitor their property and keep their home safe and learn as much as possible about the buyer’s thoughts and interests.  But how far can they go?  Can they place a secret audio recording device behind the potted plant to eavesdrop on unsuspecting buyers and agents?  Can they place a video recording device in a hidden location (inside a teddy bear or clock radio?) to video record visitors?  What about leaving the nanny-cam or the computer video camera on?

So where does this leave the unsuspecting homebuyer?  On guard, that’s where!  A homebuyer could be recorded on video without their knowledge or consent as they wander through a home, so long as there is no audio accompanying it.  They could also be recorded on audio if the homeowner is present or the homeowner’s agent has consented to being recorded.
And what about that nanny-cam or computer video camera that’s left on that watches and eavesdrops on everything you say and do?  That’s absolutely OK, as long as it’s not recorded.

So, for all you homebuyers who are out there… be wary.  You are not alone. That teddy bear with the glowing red eye is watching.  And yes, that computer video camera may be moving to follow you.  The walls may have ears and they’re listening to you.  Think twice before you look through someone’s medicine cabinet or rummage through their personal belongings.  Be careful of what you say, good or bad, because someone may be listening.  Big Brother is there… and he’s watching and listening!

Brian Levine is the Brokerage Manager for Houlihan Lawrence’s Irvington and Ardsley offices.  He can be reached at blevine@houlihanlawrence.com

About the Author: Brian Levine