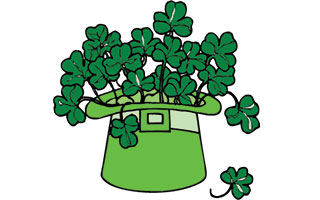 With the 254th St. Patrick’s Day Parade scheduled for Tuesday, March 17, Metro-North will ban alcohol to maintain orderly train service and is planning to run up to six extra inbound trains to help accommodate revelers heading to the parade. Going home, one extra train will run on the Hudson Line.  An extra train will depart from Poughkeepsie at 8:23 a.m. and stop at New Hamburg at 8:32 a.m. and Beacon at 8:41 a.m. before running express to Harlem-125th Street (arriving at 9:46 a.m.) and arriving at Grand Central Terminal at 10:01 a.m. Five other standby trains will be pre-positioned, crewed, and ready to pick up passengers on the Harlem and Hudson Lines as demand warrants. In the afternoon, two additional trains will run on the Hudson Line, departing Grand Central as demand warrants. Metro-North staff will be located at key stations observing the number of customers awaiting trains. The railroad is prepared to make minute-by-minute decisions about when to operate the extra trains.

To ensure order aboard and to assure that fares are collected, conductors will be posted at Poughkeepsie, New Hamburg and Beacon to collect tickets before customers board trains. This procedure, called gate collection, is commonly used at Grand Central after other high volume travel days, such as the Thanksgiving Day Parade and the New Year’s Eve ball drop.

Customers should buy round trip tickets in advance at their home stations using ticket machines and ticket offices. (Special machines are being installed for the day at Beacon in the underpass.) Because large crowds are expected, customers should get to the station early to buy tickets.

For more details go to the schedules page at www.mta.info/mnr or call Metro-North’s Customer Service Center at 511.  In Connecticut, call 877-690-5114