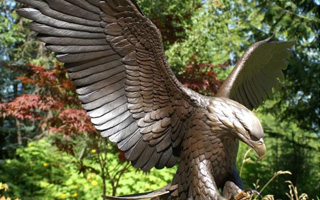 America’s involvement in the Vietnam War will be remembered in an exhibit that opened on Saturday, Nov. 28 in the Westchester County Veterans Museum at Lasdon Park, Arboretum and Veterans Memorial.

The exhibit focuses on one of the longest wars in United States history and features photographs and backgrounds of the soldiers connected with Westchester County, including three Congressional Medal of Honor winners. There is also a special tribute to the American war dogs in Vietnam, the largest deployment of the dogs in any American conflict.
In addition to the photographs and history, there will be an exhibit of uniforms, weapons and equipment used during the war.
Lasdon Park is located at 2610 Amawalk Road (Route 35) in Somers.
For information go to parks.westchestergov.com or lasdonpark.org or call (914) 864-7268.