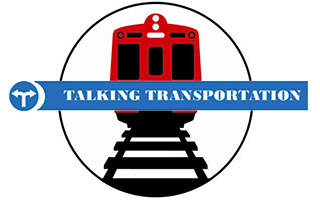 It has been seven months since a drowsy engineer drove a speeding Metro-North train off the tracks at Spuyten Duyvil, killing four and injuring 59.  Months earlier a derailment and collision near Bridgeport sent 70 to the hospital.
Ever since, the railroad has promised that improving safety is its top priority.  So does that mean the railroad is now “safe”?

Aside from taking the word of management, how are we to know?  Just because we haven’t had another accident doesn’t mean the railroad is safe. Nobody suspected it was unsafe until those two accidents last year showed us just how dangerous our daily commute had become.

In April of this year the Commuter Action Group surveyed 642 commuters and asked them, “Do you feel safe riding Metro-North?” and 56% said yes, 15% said no and 29% said they “weren’t sure.”

Neither am I, but I ride those trains regularly, hoping for the best.  And so far, so good.  I take the railroad at its word when it says safety is its top priority, but I have no way of telling if that’s true.  As Donald Rumsfeld
famously said, “We don’t know what we don’t know.”

Waiting on a station platform, how can the average commuter look at the tracks, the overhead wires or signals and know that Metro-North is safe?  We can’t even see the engineers because they hide in their control booth behind jerry-rigged cardboard curtains lest riders should watch them at work.

Here’s what we do know.  The trains are running slower (on-time performance was only 79% in May).  And in early July we also learned that an entire class of conductor trainees had been dismissed because they were caught cheating on a safety exam.  Good for the MTA for catching and disciplining them.  But the worry is that this kind of cheating has been going on for years.  Reassuring?

The only way to be sure that Metro-North is safe is better Federal oversight by the FRA – the Federal Railroad Administration.  That agency still hasn’t issued its final report on the May 2013 derailment… and only fined the railroad $5000 following a Metro-North trainee’s mistake, which killed one of their own track foremen.  As US Senator Richard Blumenthal put it, “The watchdogs were asleep.  The FRA has been lax and sluggish.”

That’s why commuters should be reassured that Senator Blumenthal will soon introduce a bill to give the FRA some real teeth:  increasing civil penalties for railroad mistakes, strengthening railroad oversight, mandating new safety gear, introduction of a fatigue management plan for personnel, requiring anonymous reporting systems for whistle-blowers, installation of cameras, alerters and redundant safety systems for track workers.

Further, the bill would also require stronger safety standards for crude oil rail-tankers, the “pipelines on wheels” carrying crude oil and petroleum products on US railroads.

The only thing missing?  Mandatory transparency. I’d hope that the FRA would be required to explain its oversight and reassure all railroad riders of their safety in a simple, understandable manner.  That would make me feel safe.   ©

[blockquote class=blue]Jim Cameron is the founder of the Commuter Action Group, an advocacy group for Metro-North riders. You can reach him atCommuterActionGroup@gmail.com  [/blockquote]