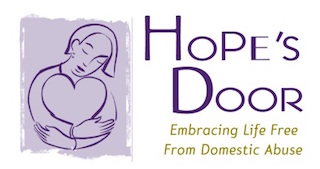 V-Day is a global activist movement to end violence against women and girls, which affects one in three women on the planet during her lifetime. V-Day events are celebrated around Valentine’s Day and include performances of Eve Ensler’s award-winning play, The Vagina Monologues.

These celebrations have raised awareness and millions of dollars for organizations like Hope’s Door, a non-profit based in Pleasantville that seeks to end domestic violence and to empower victims to achieve safety, independence, and healing from the trauma of abuse.

In addition to supporting local anti-violence programs, activists commit to V-Day to focus broader attention on the worldwide struggle to stop violence against women and girls and the overarching goal to help those wounded by violence to evolve from victims to survivors.  They bring together men and women to end domestic violence, dating abuse, sexual assault, incest, female genital mutilation, and sex trafficking.

Hope’s Door has been chosen as a beneficiary for the South Presbyterian Church of Dobbs Ferry’s V-Day performance for the second year in a row.  The event will take place on Saturday, February 6th, at 7:00 pm at the South Presbyterian Church of Dobbs Ferry, 343 Broadway, Dobbs Ferry, NY 10522.  Tickets for the show will be sold at the door at $10 for seniors and students and $20 for the general public. Doors will open at 6:00 pm. 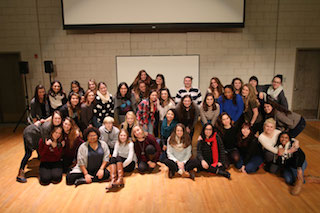 Manhattanville College has also chosen Hope’s Door as the beneficiary for their performances of The Vagina Monologues.  There will be performances in the Berman Theater at Manhattanville College on Friday, February 19th, Saturday, February 20th, and Sunday, February 21st, at 8:00 pm on each day.  Tickets will be available at the door beginning at 7:15 pm each night at $5 for students and $7 for the general public. To purchase tickets online, send an email with your name, the number of tickets you want, if they are student or general admission, and what show you will be attending to mvillevagmos2016@gmail.com.

“Hope’s Door is honored to have been chosen as the beneficiary of these performances of The Vagina Monologues in Westchester.  The show sheds light on the need to stop violence against women and girls and to help those members of our society who have been wounded by violence,” stated Hope’s Door Executive Director CarlLa Horton.

If you are interested in organizing a Westchester V-Day event for Hope’s Door, please contact Jennifer Ryan Safsel, Hope’s Door Director of Development and Community Relations, at (914) 747-0828 ext. 1005 or JRyanSafsel@HopesDoorNY.org.  If you are interested in advocating for an end to violence against women and girls, please contact Hope’s Door at info@HopesDoorNY.org or call (914) 747-0828. If you or someone you know is a victim of domestic violence, please call the Hope’s Door hotline at (888) 438-8700.

“By the end of the show, the audience has moved from slightly embarrassed to highly engaged, sometimes enraged, and ultimately enlarged.  They leave understanding that a woman is more than the sum of her parts, but if some of her parts are unmentionable, she is diminished.” – O Magazine

“Spellbinding, funny, and almost unbearably moving . . . it is both a work of art and an incisive piece of cultural history, a poem and a polemic, a performance, and a balm, and a benediction.” — Variety