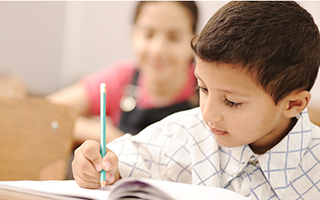 About five years ago, Peg Tyre, a long-time education journalist, wrote a book called The Trouble With Boys which discussed why boys were not being served well in today’s public schools.  Christina Hoff Sommers wrote a similar book, entitled The War on Boys: How Misguided Feminism is Harming Our Young Men. Other books have been written on the topic as well. About a year ago the Westchester County Psychological Association had Ms. Tyre give a presentation, along with David Greene, a retired Scarsdale High School teacher, regarding what they have observed as the education system has changed throughout the years.  Much of what they said stuck with me, and has influenced my work with youngsters.

When I first graduated from school I worked as a school psychologist.  This was close to 20 years ago, and the push was to help young girls become more self-confident, intellectually curious, and high achieving.  Those were the days when we were reviving Ophelia and discussing how single-gender education was better for girls, because with boys in the room girls often sit back in the shadows and don’t raise their hands.  The push was for bending schools and education to the needs of the girls, which was a great idea at the time, and definitely needed, but current research indicates that, as often happens, in our zeal we may have swung the pendulum too far.  It is wonderful that more young women are succeeding, but now the evidence indicates that women outnumber men in college and that discrepancy is growing rapidly.  It is wonderful that women are achieving higher degrees and getting good jobs, but now women are starting to out-earn men as well.  On one level this is not a bad thing, but Ms. Tyre and others argue that we have feminized education so much that we have made it inhospitable to boys, and this has a long-lasting impact on them as they navigate adulthood.

Case in point: an elementary school teacher assigns a writing project instructing the children to be creative and write about whatever they want, to be edited later for grammar and spelling; to simply pour their ideas onto the page.  Johnny writes about war and guns and soldiers and blood.  Max writes about pirates and crimes on the high seas.  Billy writes about space wars in great, bloody detail.  Christopher writes about a violent crime and the detective who solves it.  Jennifer writes about a little girl who gets a pony for her birthday.  Maria writes about animals.  Amy writes about a princess who hopes the handsome prince takes her to the ball.  Carly writes about her cat.  Whom do you think is praised for their work, and whose work is deemed “violent” and “disturbing”?  If this seems like hyperbole, it isn’t. I have performed evaluations on children who were not permitted back to school until I declared that they were not threats after something they wrote was deemed scary.  One was a nerdy teen who wouldn’t harm a fly but who wrote something in a notebook about a spooky graphic novel with which he was enthralled.  Others had written about guns and weaponry because they became interested in military history, and their perceived obsession with ballistics worried their teachers.  Most were simply boys doing what boys do—becoming enamored with valor, honor, gore, and good versus evil.  Yet the books we give them to read are sanitized of anything even remotely perceived as violent. Boys want to read about cowboys and aliens and pirates, but those books are less available to them than those about families, palaces, and anthropomorphized animals.

Ms. Tyre noted in her presentation that boys like to go around saying “POW! POW!” with toy guns, home-made [or store-bought], their fingers, a stick, a Lego, etc.  She made the point that our fathers did that, our uncles did that, grandfathers, doctors, priests, neighbors, etc.  If they all grew up to be serial killers, we’d all be dead.  But when children do that today on the playground, adults immediately step in and tell them that it is inappropriate.  We are so overwhelmed by the horrible violence we hear about in the media that we squelch little boys’ natural instincts.  But the numbers indicate that, as Ms. Tyre said, the vast majority of little cowboy wannabes don’t grow up to be violent killers, and overall, violent crime has declined, despite what alarmist media may have us believe.  There is an ocean between a little boy pretending to kill space aliens and a truly disturbed individual who is a threat to his peers.

What this does is turn boys off from academics, unfortunately.  They write about what interests them, and are told it is too violent.  They choose a book to read and are told it is inappropriate.  In the time that I have been working with kids, there have been two book series that have been credited with turning boys on to reading.  One was the Goosebumps series that little boys loved, and the other was the very popular Harry Potter.  I had a cute game in my office called “Goosebumps: Terror in the Graveyard” and the little boys loved it.  Spooks.  Tombs.  Bones.  Skulls.  Your token falling into a tomb so you lose your turn.  What’s better than this to the gender that is made up of snails and dog tails?  Girls didn’t play it much, but give me a few third grade boys, and we got a game going.  Boys loved the Goosebumps franchise.  They got spooked out by gory stuff and wanted more.  Harry Potter, likewise, gave boys a fantasy that included magic, fear, achievement, good versus evil, and struggle.  Boys can’t only be allowed to read biographies of Babe Ruth and Michael Jordan, they must also be allowed to lose themselves in exciting plots that may include blood and guts and struggle and weaponry.  It’s what turns them on.

Another issue is that school is less and less hands-on, particularly as teachers are pressured to cover certain curriculum points for standardized testing.  Boys don’t want to learn about bugs in a book, they want to go out to the school yard and catch some bugs, maybe gross out the girl they have a crush on, and learn about the bug’s anatomy, behavior, and habitat in that way.  In general, males tend to do better on spatial tasks, and females on verbal tasks—the way I think of it is that women give directions, men draw maps.  Boys learn better when you put something in their hands and let them throw it around, play with it, and study it.  But how many science classes go out to collect bugs, leaves, dirt, all the things boys love, but girls (including their teachers) find “icky”?  In our attempt to equalize the playing field we have forgotten that chromosomes, hormones, and brain structure makes the genders different.  Vive la difference!  Not every little boy wants to take apart a bug, and not every little girl is waiting for her prince, but overall, there are differences that we cannot ignore.

The long-term problem of turning boys off from school is a lack of achievement in adulthood.  This is just my informal observation, but it does seem that young women are “getting it together” at a younger age than their male counterparts, becoming more independent, choosing a career, and are better prepared for college and work.  And no matter how enlightened we think we are, a young woman still wants to marry a man who is at least as accomplished as she is, and this can’t happen with fewer and fewer young men going to college.  Studies have found that in households where the woman makes more money than the man there is more stress, less satisfaction, and more conflict.  It is very Darwinian, and we can’t escape years of evolution—if the man can’t go out and hunt the water buffalo, if he is not needed to pay the mortgage, if we truly have become the men our mothers wanted us to marry, where does that leave the men, who have evolved over millions of years to be providers, protectors, and leaders?  This is not to say women should not lead or be independent, or that future generations won’t work this through, but the quick turnaround in education has left a gaping hole for boys that has yet to be filled with something equally valuable.

There is no easy answer, and society has been changing so rapidly that an easy answer is unlikely.  What I hope, though, is that now that we have made school a more comfortable place for girls, and we have young women achieving in high numbers, that we may add back a little of what made school better for boys in the first place.  Let your sons read books about gory stuff and knights fighting battles.  Encourage them to be creative, even if that means writing about war and blood.  To put it simply: Stephen King has never killed anyone. 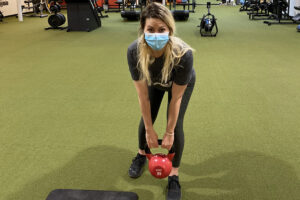