This is the last in my “soapbox series” about the state of healthcare in this country. You may have read the last two articles and thought, “I am only one person; what can I do about this?” Or maybe you thought I was an alarmist. Either way, we can’t deny that the healthcare system in this country is in need of repair. A recent New York Times article indicated that of all developed countries, we pay significantly more per person on healthcare. This, in and of itself, is not a terrible thing, if the quality of care correlates with the increased spending, but that is not necessarily the case. And the cost is only growing, it’s not decreasing.

As I have highlighted, there are a few problems that need to be addressed: rising malpractice premiums, rising healthcare premiums, stagnant fees paid to healthcare providers, and an ultimate lack of financial reward given the amount of money, time, and effort put into a medical education. We can’t solve all these problems today, but we can start to look at various solutions, including the solutions put forth by President Obama’s plan, and figure out how to take some steps towards fixing these problems. This didn’t happen overnight, and it won’t be fixed overnight. The problems go way back; in fact, I heard someone quote Ted Kennedy as saying shortly before he died, “When Nixon came to me with a plan for the healthcare system I should have listened.” NIXON. We haven’t had him to kick around in quite some time now.

What can you do? First of all, we are entering a presidential election year. We already voted in one guy, nearly 20 years ago, who promised to fix the system and didn’t. In fact, it is more broken now than it was then. Granted, it has been hard for our current president to get through the red tape of Congress, but at least he is trying to bring the problems out into the light rather than pretending they don’t exist or coming up with plans that are so impossible to implement they are not even worth consideration. We can either vote Obama back into the White House or not. We can either keep our current legislators on Capitol Hill or not. We can vote out politicians who don’t support what we support. We can make demands of these people to whom we pay such high salaries.

You can buy a couple of shares of stock in health insurance companies and then vote. You can find out how much the CEO makes and give your input about whether this is fair compensation compared to what healthcare providers are paid as well as how much you are paying in premiums. If you insure yourself or own a business you can shop around for the best plan, and let the other companies know why you are not choosing them. You can call your insurance company and make demands. You can find out information regarding how your premiums are spent, and address any issues you feel you have. One of my favorite parts of Obama’s plan involves putting a limit on the profits insurance companies can make. In a capitalist society money talks—we vote with our dollars. If I leave my insurance plan and put my money into another, I am saying that Company A does not offer what I need, but Company B does. I can then inform Company A of what they might have done to keep me and my premiums in their own coffers. You can suggest that providers get paid more based on experience, education, expertise, merit, etc. Why should I be paid the same fee as someone just starting out and without my level of post-doctoral education? This would not be true in any other job, why should it be true in my own office?

You can talk to your Human Resource Department if you work for a larger company. Let them know what you would like to get from your health insurance plan. If enough people in enough large companies make enough demands, the HR departments can negotiate differently with the health insurance providers. We did this in New York, through the New York State Psychological Association. The contract the Empire Plan had with its mental health network was expiring, and it was one of the lowest paying plans out there. We lobbied and told the State that we would quit the panels and then be unable to serve their employees if the rates stayed the same. When the network did not change its reimbursement rates, Empire contracted with a new company. While their reimbursement was still not ideal, it was an improvement. It was something. And we, the collective “We,” made it happen. You, the collective “You,” can also make things happen.

In many countries higher education is more affordable or even free. Forgiving student loans for doctors in certain disciplines, subsidizing medical school tuition, whatever it takes to make the financial outlay smaller for doctors would encourage more people to pursue the field, as they would not be worried about earning back that money. When I first started graduate school there was a plan in place in New York State where I was awarded a small amount of money each year because I was in a school psychology program. If I later worked in any school, anywhere in the State, I would not have to pay that money back (one year of work for each year I got the award). If I chose to pursue a different career path, or work in another state, I had to repay the money like a student loan. Cuomo eliminated it. It was called the Empire State Scholarship for Teachers, I believe. Programs like this can encourage more bright students to pursue medicine.

Finally, we have to stop the ridiculous rates of malpractice premiums. Of course there are bad doctors out there who should suffer consequences for their mistakes. But they aren’t suffering nearly as badly as all the good doctors who pay upwards of $100,000 a year in malpractice premiums even if there has never been one complaint against them. I am in total support of putting a cap on the amount people can be awarded in malpractice cases, which would keep the costs down. Better someone should have his license suspended if he makes a mistake than to have his insurance company paying out a big settlement. If one million dollars won’t bring your loved one back, neither will ten million. It’s not coming out of the pocket of the guilty party, it’s coming out of the pocket of the thousands of other doctors paying their premiums and doing their jobs competently.

On the whole, though, we have to change our attitude regarding what healthcare should cost each of us. If we want it to cost little, then the money to run the system has to come from somewhere, generally taxes. If we want to pay low premiums, we have to accept that this may mean paying more to a doctor when we actually use his services, and vice versa. I have heard of some doctors getting off insurance panels, eliminating their malpractice insurance, and setting up boutique practices where patients sign an agreement not to sue for malpractice and pay only out of pocket. True caveat emptor, and maybe not the way to run medicine, but certainly it cuts out the middleman and you deal only with your doctor. While I support the systems that help our poor, elderly, and disabled get affordable treatment, I don’t understand the attitude of many of us in the middle class who have cable television, new cars, take vacations, etc., and expect healthcare to be free or practically free. It devalues the healthcare professions as well as demonstrating a lack of value in our own good health. If we start to accept that we have to pay into the system, maybe not in the form of high premiums, but rather in the form of high deductibles, so you only pay for what you are using, we may come up with different, better solutions to these problems. If we could lower premiums—both for malpractice and our own healthcare—and raise deductibles so that our out of pocket expense is largest only when we actually use our plans, we would be on the way to fixing the problem. It’s simple math. Or not-so-simple math as the case may be.

Don’t forget to vote early and often in 2012, and every year thereafter, so that your voice gets heard. This is an issue that affects all of us, not just those of us with licenses on our walls. 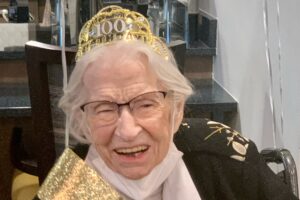 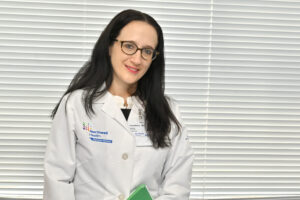