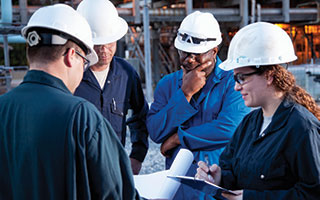 Governor Andrew M. Cuomo today announced that more than 200 administrative and regulatory reforms have been advanced since 2011 to help New York State businesses increase revenue, expand operations and become industry leaders. “When our administration took office, New York had a hostile business climate that made it hard to grow a business and create jobs. We made it our top priority to change that reality, and today it is cheaper and easier to do business in New York State than ever before,” Governor Cuomo said. “I am proud of the progress that has been made over the past four years, because the Empire State is once again open for business.”

Under Governor Cuomo, more than 25 State agencies have implemented administrative and regulatory reforms to remove barriers that have historically prevented businesses from reaching their full potential. State agencies developed and implemented these business reforms through a community-driven approach that included recommendations and feedback from external stakeholders such as business owners, business advocacy organizations, private sector unions, and local municipalities. The Governor’s goal is to use a holistic approach to implement sustainable policies and practices that address the needs of New York State businesses.

A new publication that showcases the wide range of reforms that may help businesses succeed in the marketplace can be viewed here.

Heather Briccetti, President of the New York State Business Council, said, “Governor Cuomo and his administration have demonstrated their commitment to economic development and job growth throughout New York and our business community will continue to benefit from the reforms implemented by the Cuomo administration for years to come.”

Michael Durant, New York State Director of the National Federation of Independent Businesses, said, “Senseless and redundant regulations have been driving up the cost of doing business, particularly small businesses, in New York for decades. Governor Cuomo has rightfully shown leadership in cutting unnecessary red tape and we applaud his administration in this necessary and comprehensive first step towards dramatic regulatory reform.”

Kathy Wylde, President of the Partnership for New York City, said, “Regulatory reform is a top priority of New York business and these actions represent another important step forward by the Cuomo Administration in improving our competitiveness and encouraging job creation.”

Garry Douglas, President of the North Country Chamber of Commerce, said, “We thank Governor Cuomo for working with the employer community across the state to carry out regulatory changes and reforms, a number of them coming from the meetings and roundtables conducted by the Governor’s office with our chamber and others. Hopefully, these actions will inspire the State Legislature to tackle further common sense reforms in the 2015 session which require their approval.”

Brian Sampson, President of Associated Builders & Contractors, said, “Over the past few years we have pointed out numerous employer regulations that can and should be fixed. The Governor and his team have listened and have advanced sensible reforms that will help ease the burden on New York employers. This a positive step forward and one that we hope the Legislature will follow during the coming legislative session.”

Matthew Cohen, Vice President of Government Affairs for the Long Island Association said, “Duplicative and unnecessary regulations and administrative policies have made it difficult for businesses to succeed in this State and thus we applaud Governor Cuomo for directing his agencies to adopt meaningful reforms that will benefit the business community.”

Marsha Gordon, President and CEO of the Business Council of Westchester, said, “Governor Cuomo should be applauded for listening to the concerns of the business community and addressing them head on. For years, we have heard from our members about the regulatory and administrative burdens of doing business in New York. As reflected in this report, New York State is removing barriers for businesses to succeed in this State.”

Greg Biryla, Executive Director of Unshackle Upstate, said, “Economic growth and development across New York State has been hampered for decades by a convoluted patchwork of rules and regulations with no commonsense purpose in today’s economy. The Upstate business community is pleased to see Governor Cuomo repeal and reform close to 200 burdensome state regulations to make it easier for existing businesses to succeed in New York State and more attractive for new businesses to locate here. Comprehensive regulatory reform should be a priority for Albany in 2015 and this is an important start.”

Empire State Development President, CEO & Commissioner Kenneth Adams said, “Since Governor Cuomo took office, it has been his goal to ensure that State agencies are focused on identifying and overcoming administrative, regulatory, and other bureaucratic hurdles to economic growth and these reforms are making it easier to do business in every community throughout the State.”

Alphonso B. David, Deputy Secretary and Counsel for Civil Rights said, “Governor Cuomo has empowered State agency leadership with the ability to make meaningful policy determinations that will have a lasting, positive impact on New York State businesses, families and our economy. Collectively, these reforms provide entrepreneurs navigating any industry; whether it be agriculture, construction or information technology, with the tools necessary to start, grow and sustain a business.”

New York State’s private sector job count is more than 7.6 million, an all-time high. Since the beginning of Governor Cuomo’s administration, the State’s economy has added 506,100 private sector jobs and experienced employment growth in 40 of the past 47 months.

A complete list of New York State resources for businesses is available online at: www.TheNewNY.com.