Legislation meant to allow higher tax rates on New York golf courses looks as though it will come up short this year. Still, the lawmakers behind it vow to try again with a revised version of the bill in 2020.

The proposed legislation would not mandate a change, but instead give local tax authorities the ability to use a best-use methodology. This would prevent some courses from taking advantage of a loophole that allows for filing grievances with local governments over tax assessments, therefore assessing private multi-million-dollar courses like municipal courses.

However, the measure has thus far gained little traction in state legislature, where it will seemingly fail before the session ends in June. Assemblywoman Galef pointed out to Bloomberg News that the bill is divisive due to the influence golf course members have in their communities.

Currently, the valuation system bases a club’s value on its current value, and the new proposal would directly affect Pres. Donald Trump. In 2016, Trump valued his Westchester course at more than $50 million in a financial disclosure statement he filed when he ran for president. After the Town of Ossining assessed Trump National at $15.1 million, Trump filed a lawsuit, claiming its worth is only $1.4 million. This move by the president and his attorney ignited anger in Westchester, leading to a protest march in the summer of 2017 through the streets of Briarcliff. If the President is successful in his lawsuit, the Town of Ossining will have to pay him back the difference at a significant cost. The Trump Organization’s preferred assessment for Trump National has also increased in subsequent appeals to $7.5 million. In 2008, Trump won a legal case against Ossining, having his assessment of the course reduced from $38 million to $16 million with taxpayers forced to pay the difference. (Trump’s Westchester course is currently one of Briarcliff Manor’s biggest taxpayers with an estimated bill of $487,000 for 2019.)

“It’s inherently logical and is a fairness and equity issue that needs to be recognized: Private clubs just should not be assessed the same way public courses are,” Briarcliff Manor Village Manager Philip Zegarelli told the River Journal. “Having a local option for municipalities to determine the highest and best assessed values for private clubs should be a consideration.”

Of course, not everyone sees this legislation as a fair move. As quoted in The Journal News, State Senator George Amedore, R-Rotterdam, said, “The Hudson Valley definitely needs revitalization, not some policy that will stifle growth or have the current businesses be so burdened they’re forced to go out of business. They’re trying to go after one or two country clubs—probably one in particular with a certain politician’s name on it. But there are too many small businesses and others who’d be negatively affected by this proposal.”

However, not only courses attached to politically divisive figures might be hit by the tax legislation. Sleepy Hollow Country Club in Ossining and The Apawamis Club in Rye are also seeking reductions on their property tax assessments. The former is seeking to reduce their assessment by 30 percent, while the latter is seeking a 50 percent reduction. The bill’s sponsors point out these reductions would also come at a high cost to taxpayers.

Another prominent opponent of the legislation is Long Island Democrat James Gaughran, who chairs the Senate committee where the bill has stalled. He sides with the current method, partly because it promotes tourism to the area and provides venues for charity fundraising.

Charles Dorn, president of the New York State Club Association, also noted courses might have to pay from four to 10 times more if the bill were to pass, which could mean they would be forced to cut jobs.

None of these facts makes a difference, according to Carlucci, since local tax authorities would only have the option of adopting the best-use methodology if the legislation were to pass. “If municipalities are concerned about assessing them this way—that this would hurt golf clubs and force them out of business—then they don’t have to do it,” Carlucci was quoted as saying in Bloomberg.

If the bill doesn’t gain some unexpected momentum and pass by the end of June, Galef and Carlucci promise they will try again next year. 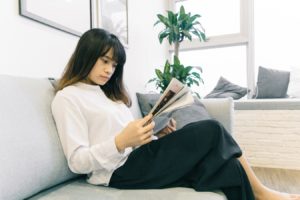 An Open Letter to Our Colleagues in Local Media 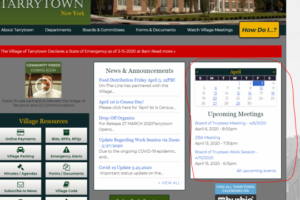 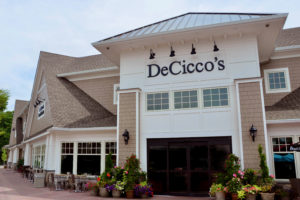