Traveling up and down the Hudson for work and otherwise, I often take Metro North from the Peekskill station along the city’s picturesque waterfront. Often, as I am waiting for my train, I hear the sounds of a bagpiper in the distance. It never ceases to put a smile on my face and make my day special, especially if the weather is nice.

One day, I caught a glimpse of “The Lone Piper” (as I had started to refer to him) as he was marching up and down the waterfront directly across from the train station.

That night I did some outreach on a Peekskill Facebook group to find out who the Lone Piper was, if only to express my appreciation. Several locals took the opportunity to express their appreciation as well.

“We walk and often see him,” wrote Caren Mason Lilli. “What joys he brings us!”

“I was there Friday and he was there for hours playing his bagpipe,” wrote Mateo Glad. “I thanked him for the beautiful sounds, he was appreciative. Nice guy.”

Eventually I was put in contact with Sam Edwards, a Cortlandt Manor resident, aka The Lone Piper. We agreed to meet at the waterfront for an interview on an overcast, drizzly day. Underneath a wooden gazebo, which Edwards praised for its acoustic qualities, we sat and chatted about life, Peekskill, and the pipes.

Sam graduated in 1986 with a master’s degree in computer science from Drexel University. Since then, he has spent most of his life raising his family in Pennsylvania. One day, on a stroll through a park with his wife, he came across a troupe of traditional Scottish musicians and dancers.

“All of this was new to me,” said Edwards. “The sound and the attraction of the pipes planted a seed in me.”

Years later, as Sam’s eldest was about to head off to college, he began crunching numbers. With all the new expenses, he had a little over a thousand dollars with which he could do what he wanted.

“I figured if the debt was going to make me miserable, I might as well do something that would make me happy,” says Edwards.

What he wanted was a set of bagpipes. After sending away for a set, he sought out a teacher at a local Highland games event, a celebration of Scottish culture which includes traditional games like the caber toss.

Sam began performing publicly in 2003, when he would play on his nine-acre property in rural Butler County.

“People a mile down the road could hear me,” he says. “I would play at the end of the day, and around six o’clock people would be sitting on their porches expecting me.”

Concerns over the practice of fracking and other environmental issues inspired Sam to consider putting down roots outside Pennsylvania. A job offer from Peekskill’s Bantam Tools sealed the deal, and soon Sam and his wife Laura were on their way to the Hudson Valley.

“We crossed the Bear Mountain Bridge and we saw that spectacular view for the first time,” he says. “We looked at each other and said, ‘Wow. We’re sold.’ ”

Sam says, “There’s a sort of healing that music does. It’s not me, but it’s me being there and providing something. I’m going to take a risk that it’s going to bless somebody.”

Bless people he has, and continues to do — whether they’re the audience at a parade, a stranger who has recently lost a child, or just a local reporter waiting for his train. 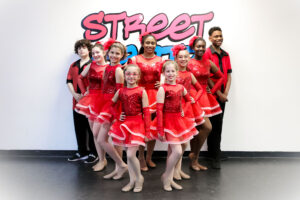