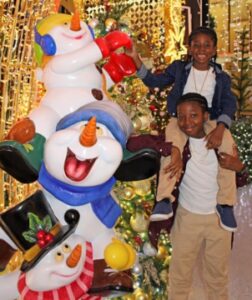 United Way of Westchester and Putnam (UWWP) is once again partnering with American Christmas to donate 15 of their finest artificial Christmas trees to members of the Westchester community who have struggled this year and could use some extra Christmas cheer. For the second year in a row, UWWP is accepting suggestions of nominees from non-profits.

Families who are nominated and selected will be invited to American Christmas’ new storefront in early November, where they will be able to decorate their new tree with a selection of ornaments provided by American Christmas. Families will also be given a tour of American Christmas’ spectacular showroom and receive complimentary tickets to a Christmas light display in North Salem, New York.

One of last year’s winners, Quinn Jackson of Yonkers, said the gifted tree gave her joy and hope during a challenging time.

“Moments like that are such a blessing,” she said. “They remind you that people care and that all is not lost. I am still so thankful for experience and the support we received during the holidays last year.”

American Christmas creates holiday displays for some of New York City’s most iconic attractions, ranging from the heralding angels at Rockefeller Center to the 13-foot-tall nutcrackers posted outside the UBS building on 6th Avenue in Manhattan. Every holiday season, the company installs more than 525 holiday displays around the world.

American Christmas’ CEO Dan Casterella offered the trees and experiences to give back to the local community that he said helped grow his company.

“I’m so excited for this continued partnership,” Casterella said. “It was such a joy to give back to Mount Vernon and the surrounding communities last year. Bringing some holiday cheer to 15 families is something I feel lucky to be able to do.”

Casterella said United Way is once again his top choice for the project.

“United Way does incredible work and has such a broad network,” he said. “This was such a success last year with their help that it was a no-brainer to partner up again.”

Tom Gabriel, CEO of United Way of Westchester and Putnam shared the sentiment.

“We are so excited to be partnering with American Christmas on this initiative once again,” he said. “With 40% of our neighbors living paycheck to paycheck or in poverty, we hope that by providing some extra Christmas spirit this year, we can give a little hope to those who may need it.”

The deadline for nominations is Oct. 17. To nominate a family, visit uwwp.org/american-christmas-nomination. 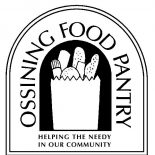