One has been a roadside Tarrytown favorite for decades, its menu brimming with burgers, sandwiches, and pub fare.

The other’s a newcomer ensconced in a mansion, where a celebrity chef has attracted a following for his eclectic Hong Kong-inspired menu.

From a culinary standpoint, these two restaurants are worlds apart.

But then there’s the names.

Horsefeathers on North Broadway opened in 1981, its founder drawing the name from the 1932 Marx Brothers movie, and Groucho’s likeness hangs on a wood-paneled wall, alongside other kitschy memorabilia.

Some three miles away in royal quarters within the King Mansion is Goosefeather, where acclaimed chef Dale Talde has plated his upscale Cantonese creations since 2019. The restaurant’s name is drawn from an ancient Chinese proverb.

Apparently some customers have gotten their plumages crossed frequently enough to create some amusing — and frustrating — mixups. Perhaps customers searching Google might accidentally be clicking on horsefeathersny.com instead of goosefeatherny.com? 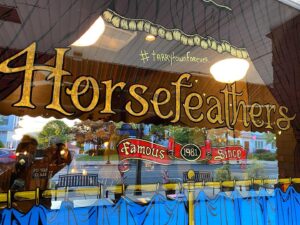 “It first started with the phone calls, people trying to make reservations,” she recalled. “That year, we had a New Year’s Eve party. People came in, looked at the menu, and then turned to us and were like, ‘Oh, we thought this was Chinese food.’ I’ve had people sit down, have water in front of them, take up a table, and then realize they’re in the wrong restaurant and then have to go.”

Sometimes it’s immediately apparent when someone in search of what Michelin calls Goosefeather’s “destination-worthy” dining room has arrived at the wrong destination.

“I’ll have someone roll up in a Porsche with a Connecticut plate, get out, come to the front, and be like, ‘Oh, our friends are in the back garden.’ There’s no back garden here, just a parking lot.”

For Chef Talde, McCue’s case of mistaken identity is “a non-issue,” insists his publicist, who dropped the “s” in Horsefeathers twice in an emailed reply.

“No one shows up at Goosefeather thinking they’re at Horsefeather,” wrote Nicole Albano, “and on the flipside, we’ve never had any clients tell us that they accidentally went to Horsefeather instead of Goosefeather  —  although a vendor did make the mistake once. The two restaurants are completely different concepts, and only have the word feather in their names in common.”

But for McCue, it’s like déjà vu all over again: For years callers confused her establishment with the Horseman Diner in Sleepy Hollow, which has since closed.

The latest mix-up bubbled up this past summer, when McCue’s regulars thought Horsefeathers was closing for renovations, when in fact it was Goosefeather.

“I just couldn’t understand why someone would choose a name that’s so similar at all,” said McCue, who began working at Horsefeathers in 2005 and has owned it since 2018. “There’s billions of names in the world.” 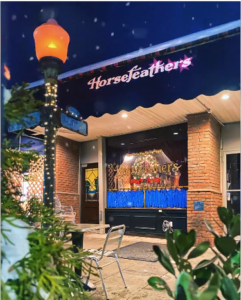 “You hope that with time people will kind of learn the difference between the two, but people just hear ‘animal’ and ‘feather’ and that’s it,” she said. “They might be on their way, they type it into Mapquest, don’t really pay attention, and then all of a sudden they’re at Horsefeathers.”

More than a few disoriented diners have asked her: “There’s a Goosefeather and a Horsefeathers in Tarrytown? Why would anyone do that?”

“And I just say, ‘Well, you can ask Dale when you get up there,’ “ McCue answers.

But if you ask Talde’s publicist, far from provoking any perplexity, Goosefeather’s arrival has produced nothing but applause.

“Everyone is grateful that we’ve brought modern Hong Kong fare to the neighborhood and none of our customers ever bring this up,” Albano said. 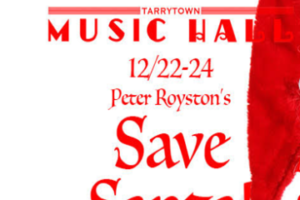