Christine Brown, the new proprietor at Sleepy Hollow’s Sunflour Café at 222 Beekman Avenue, said in a recent interview that after nearly a year in her new business "the breakfast and luncheon/dinner café was on its way to becoming a success." In fact, she now plans to replace the current furniture with all new pieces sometime this summer.

Few places in Sleepy Hollow command such a spectacular view, sitting on lower Beekman Avenue directly across from the General Motors property, with a full view of the Hudson River and the Lighthouse just off-shore. There is no question in anyone’s mind that regardless of what final Village building plans are put in place, that Sunflour Café will be in the middle of the action surrounding any new development. The entire second floor of the café has tables and chairs, half of which sit on an outside deck, with the other half being turned over to a children’s play area. Many mothers come by during the day with small children and both can take advantage of taking care of themselves for a short while.

The first floor of the two- story building is devoted to the kitchen and lower sitting room area where many students from various local schools use the quietness of the facility for enjoying coffee and baked goods and for off-hour studies. In addition to catering to her regular customers from the area, Christine is further developing her business by offering the second floor for meetings and events, where up to twenty four people can be seated. Her menu is cooked to order on the premises with a favorite at breakfast being banana walnut pancakes, as well as lunches featuring BBQ hamburgers and burgers with goat cheese, both created by Christine. She says that her coffee is purchased from another local establishment — Coffee Labs in Tarrytown. With reasonable regularity, she is also bringing in local musical talent on Fridays and Saturdays.

Christine has worked in several local coffee shops in the area and always had a yen for opening her own location one day. As with all entrepreneurs, decisions cannot always be made on a timetable, yet when the present location opened up, sooner than expected, she made her move.

She graduated from Briarcliff Manor High School in 2004 and after a year at Pace University in New York City, she was farther ahead of her "schedule" than she had envisioned.

Nevertheless she convinced the banks that her ownership of a new kitchen and coffee shop would be worth the risk.

The current staff is already up to 6 people plus Christine. She remarked during her interview that she believes the new business will not only continue to have a spectacular view of the river and the future General Motors project/development, but that the future of the new venture becomes clearer with every passing day. 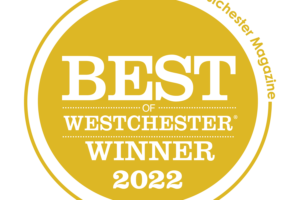 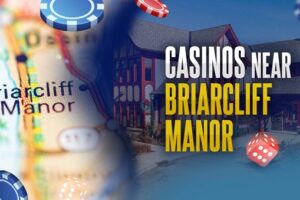 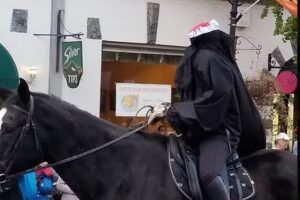