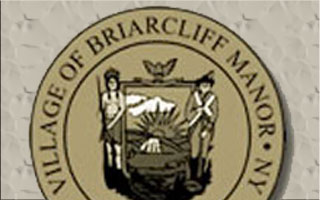 After a long and seemingly endless winter, Briarcliff Manor is finally warming up and blooming.  Along with this good news is even more good news.  The Village will be saving a significant amount of money due to some creative money management that reduces the interest rate on two bonds issues.

Briarcliff Manor has two twenty-year bond issues, one issued in 2004, which means it matures in 2024, and the other issued in 2006, maturing in 2026.  Ten years into the bonds there is a call period at which time the town can either pay off the bonds or refinance them.

With its solid financial condition, Standard and Poor’s – a major rating agency – gave the Village’s debt a rating of AA+; this  stepped up the Village’s credit rating which allowed the Village  to issue new debt on Tuesday, May 5, at an interest rate of 1.92% which effectively lowered the interest rate on the remaining debt by approximately 2%.   This is a significant improvement over the previous rating of AA2 by Moody’s, the previous rating agency.  The net benefit to the Village will be approximately $59,600 per year, which over the next ten years will amount to $596,000 on a gross basis.

Phil Zegarelli, the Village Manager, attributes the improvement in Briarcliff Manor’s credit rating to the fact that the Village has a low amount of debt, is financially disciplined, and that the citizens of Briarcliff are responsible and pay their taxes.

He has the support of  Mayor Lori Sullivan and the Board of Trustees in his efforts to  find ways to maximize the financial  strength of the community.

Because prevailing low market interest rates mean that money on deposit in the bank or invested makes little in return, now may be the “time to have the guts to go and borrow money to fund public improvement projects.  You might as well make lemonade out of a lemon,” says Zegarelli.

Some of the public projects currently underway include the New Community Center and fields restoration.  The Community Center is well underway with contractors working steadily to complete the project. If you have visited the library lately you will see fenced-in construction vehicles and building supplies being used for the Center.
Zegarelli believes that the money being spent by the Village should have the purpose of enhanced efficiency and improvement for all of Briarcliff Manor’s residents.