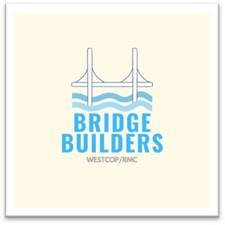 The Public Schools of the Tarrytowns have embraced a variety of initiatives to study and improve diversity, equity and inclusion in the district. As part of the District Equity Team established last year, a student equity group was formed to ensure that they were able to share their experiences and have a prominent voice in the decision-making process. So, last fall, when Superintendent Christopher Borsari was approached by Village of Tarrytown and Sleepy Hollow Police Chiefs Barbelet and Bueti about the district’s participation in a new public-private partnership to foster constructive dialogue surrounding racial and social justice, he immediately agreed to bring the opportunity to students.

Called Bridge Builders, the initiative focuses on developing and operating three Police-Youth Advisory Councils in Tarrytown/Sleepy Hollow, Greenburgh and Elmsford and there are already several SHHS students participating in the program. Superintendent Borsari spoke on behalf of the superintendents at the first Bridge Builders Summit held on March 3, highlighting two key issues: the emotional and physical safety of students and facilitating a trusting and respectful relationship between the schools and local law enforcement.

“We want to see our students feel safe and supported as they move forward in the community and make change,” said Borsari. “We have a positive relationship with our police departments and, last year, when many students wanted to have their voices heard about current events, our police chiefs were the first to say, ‘OK, we can do that. Let’s just figure out what we need to do to keep them safe.’

Borsari continued, “I think that speaks volumes about their commitment to our students.”

William Hegarty is one of the high school students who says he “jumped at the opportunity to participate” as soon as he was approached by SHHS Principal Dr. Smith about the Bridge Builders program.

“To be quite honest I love the initiative and everything about it. I believe it’s a step forward in bettering our community and although it can be a little intimidating (to be involved) with the companies and the police officers, I think it’s a very important agenda that needs to be accomplished,” said William. “It provides numerous to my peers to see what benefits a positive relationship with the police can look like, and discusses ideas on strengthening the relationship.”

William explained that much of his perception about the police has been positively shaped by his experience having two officers as the coaches of his SHHS wrestling team. He says he realizes that police officers are more than just their uniforms and believes that if his peers were to see the police for their character- not just their badge – that it would make a huge difference “But,” he adds, “being half Hispanic, I’ve seen both sides of the spectrum.”

When asked what he hopes Bridge Builders, William didn’t hesitate.  “I hope Building bridges helps build a relationship with the community and police. I want people to see police as individuals who protect us rather than harm us, and to have a whole new view on police in general”