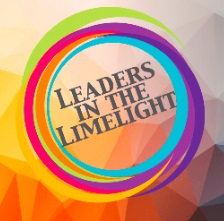 In June and throughout the summer Covid-19 related concerns and social unrest were on everyone’s mind. Public schools were closed but it didn’t stop 76 teen influencers from 29 high schools from meeting virtually to identify issues of concern for students and ways to influence peers to address the concerns.

On October 27th from 4:00-5:15 PM, these influencers along with adult facilitators introduce their messages that foster emotional well-being and substance use prevention. The event, Leaders in the Limelight, will be live streamed from the Westchester Marriott in Tarrytown to celebrate their work during the summer to develop messages for multiple platforms that promote substance use prevention, emotional well-being, and healthy lifestyles.  The work of these students will be part of a yearlong prevention messaging campaign led by members of the Westchester Coalition for Drug and Alcohol Free Youth Leadership Task Force. The initiative is being rolled out during national Red Ribbon Week which since 1985 is a week to educate youth and encourage participation in drug prevention activities.

Kaitlin Mulgrew, a junior at Lakeland HS in Shrub Oak said, “Working with students from other schools was a great experience and helped me understand the extent of the vaping issue which was important in creating a meaningful campaign. It was important in building my ability to make a change, and I’m grateful for it.”

Students from local River Town high schools who participated in the project included: