At the time this publication went to press we had interviewed two Irvington residents who are running for the School Board. The vote for the Irvington School Budget and School Board candidates will take place Tuesday, May 17. 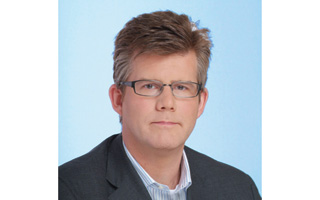 Phil Whitney is a life-long resident of Irvington with two young children in the school system. He has twenty-five years experience in consumer marketing and Internet divisions at Time Warner and American Express. For the past 1 ½ years he has volunteered his time to work on the Budget Task Force (BTF). He has been one of twelve concerned residents with a mixture of professional and finance skills. He considers his talents to include good analytical skills which can be a plus when dealing with what he considers a “behemoth” budget. “I know the budget is a passionate issue for many people and by using my analytical skills I believe I can help people reach a common ground,” he said during a recent interview. He cites declining home values for the second consecutive year, rising costs of salaries and benefits for teachers and administrators along with tax certioris as contributing to a feeling of powerlessness by residents. Couple these issues with the perception of a less than transparent Board of Education and Whitney sees the need for real communication between the Board and the public.

“I am a centrist and I am transparent in my dealings. I am not anti-teacher. I simply want a fair and equitable process to evaluate teachers and their contracts. I am opposed to hacking away at the budget so that the quality of education declines,” Whitney added. His approach would be to help “create a coherent strategy” for the School District. A strategy, the community along with the Board and Administration can live with given the economic realities of today. “I am all for civility and respect at Board meetings and in dealing with the community,” he concluded. 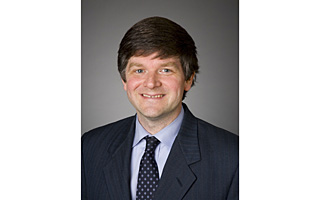 Gordon Elliot has lived in Irvington for the past 35 years. His oldest son graduated from Irvington High School and his daughter is a junior there. He holds a Bachelor’s degree in Computer Science and an MBA in Financial Management. In his professional work he has built large scale financial [computer] systems for banks and has managed teams of 300 people and budgets of $100 million or more.

A personal choice to spend more time at home with his youngest child who has autism has allowed Elliot to become more involved in his community. Being a volunteer member of Irvington’s Budget Task Force has taught him that there are no easy answers with regard to the school budget. “The most difficult things we have to deal with are the unfunded mandates that come from Albany on benefits and pensions,” he said. “As a School Board member I can help set agendas,” Elliot added. Those agendas included meetings with representatives from the teachers, administrators and custodians unions. “Another opportunity for us to cut spending is by looking into shared services. Possibly we can look into Village Parks and Recreation helping with the maintenance of our playing fields. We might have the ability to share the costs of a curriculum director with the districts of Dobbs Ferry, Hastings and Ardsley. I would look at a problem and put forth a proposal on how to solve it. Then add in some measures to track its effectiveness.”

Elliot believes what’s important is measuring progress with checkpoints. By his own account a financial background and willingness to work with people is his strong suit. “I’d like to help the School District create a more sustainable plan now and in the future,” he said.