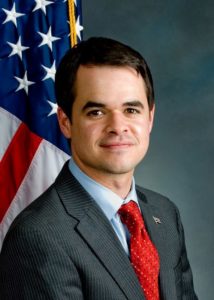 Senator David Carlucci has represented the Town of Ossining and parts of Rockland County since 2010. This past year he had a tough primary battle against an unknown candidate, Julie Goldberg. In endorsing Carlucci after the election Goldberg said, “My goal in running in the 2018 primary was to get a better Democrat representing the 38th District in the New York State Senate, and I succeeded: Sen. David Carlucci is a much better Democrat now than he was six months ago.”

We asked Senator Carlucci to lay out his agenda for the coming session. Below are the highlights of what he provided to the River Journal.

After a few short weeks into the legislative session, the New York State Senate has made history. Under Democratic leadership, we passed major voting reforms that have been signed into law, like early voting and same day voter registration. We passed legislation to protect our LGTBQ community from discrimination and hate crimes, worked to ensure our teacher evaluations are not based on a student’s test scores, and made sure women can choose their own medical care during pregnancy.

Residents in Westchester pay some of the highest property taxes in the nation. To ease the burden on middle-class families and make the Hudson Valley more affordable, I have worked with the Governor to promote fiscal discipline, passing on-time budgets. I have also helped protect taxpayers by holding the line on property taxes with a 2% property tax cap, saving taxpayers nearly $52 billion. In response to the federal government placing a $10,000 cap on state and local tax deductions, I supported legislation to make the 2% tax cap permanent. This will prevent increases in real property taxes from exceeding 2% of the previous assessment or the rate of inflation.

Westchester has some of the best schools in the nation, and we need to keep it that way. This is why I have worked to secure millions for the schools in my district. However, education funding has not been fairly distributed to our schools. In Ossining, we must secure the school district and others like it by fully funding Foundation Aid. I will be vehemently fighting for the district during budget negotiations and working with my partners—Assemblywoman Sandy Galef and Education Committee Chairwoman Shelley Mayer—to make sure the Governor provides our schools with adequate funding. We must invest in them so all our children are given equal opportunity to graduate and go on to higher education.

I am dedicated to fighting for these reforms under the leadership of Senator Andrea Stewart-Cousins. It is time that New York truly serve as a model for the rest of the nation to follow.