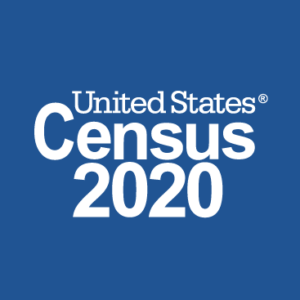 Bigger and changing are key takeaways from the picture painted by the 2020 census of the communities along the Hudson River towns in Westchester County.

That 2020 total population increase of 55,344 county residents over the past decade comes through the increase of Hispanic residents. The Hispanic total rose by 62,302, a 30.1% increase over the 10-year period, bringing the count to 269,334 or 26.8% of the total Westchester population.

That population gain also was largely fueled by an increase in the population who identify as Hispanic or Latino. The Hispanic population grew by 62,908 in 2010 figures, constituting 22% of the county’s population.

Much like in most parts of America, Westchester County’s changing population mix over the past two decades reflects a new American “stewing pot” of cultures.

“The Census data shows us that Westchester residents are getting more diverse, to the extent that there is no majority population in the County anymore,” said Norma Drummond, Westchester County Commissioner of Planning. “We are a wonderful mix of heritages and cultures that are exhibited in many foods, festivals, stories and even how we dress.”

“The percentage of the population in Cortlandt and throughout the county that is Latino has really grown tremendously,” said George Oros, a part-time economic consultant for the Town of Cortlandt and a long-time Westchester elected official, serving previously as a member of the County Board of Legislators, and its Chairman.

That growth in Latino residents is beginning to translate into more elected Latino officials and that trend will continue. “When the Latino population has grown from 13% to 21% in Cortlandt, there has to be an increase in influence politically over time,” Oros said.

Housing units in the county increased by 4.9%, or 18,142, making a total of 388,963 in 2020. [A housing unit is a house, an apartment, a mobile home which can be serviced by Alberta mobile home removal, a group of rooms, or a single room that is occupied — or if vacant, is intended for occupancy — as separate living quarters.]

The total county growth rate was 30% higher than the overall state growth. Westchester is the 48th largest county in America, ranked between Fresno County in California and St. Louis County in Missouri.

While millionaire households grew nationally by 2.4% in 2019, New York state’s total fell 3.7%. Only five other states experienced a decrease in millionaire filers in 2019, and the only state to experience a bigger drop than New York was Oklahoma (down 5.1 percent), where oil wealth was depleted.

New York’s share of both tax filers and total incomes in the highest reported bracket was the lowest since the IRS began to consistently break out tax return numbers in the $1 million-and-above category on an annual basis starting in 2010, according to figures reported by the Empire Center for Public Policy.

The effects of the covid pandemic and the explosion of wealth through historic gains in the stock market over the past two years will be revealed in IRS statistics on millionaire households that will cover 2020 and 2021.

Westchester County devoted significant resources to try and count every resident in the 2020 census.

“The decennial census becomes the baseline for all census estimates for the next 10 years, so getting accurate information when we can is really essential to ensuring that the future estimates are as accurate as possible,” Drummond said.