At the top of a winding driveway in a wooded area of Cortlandt Manor sits Rock Hill, a relatively modest midcentury house which was the home of composer, teacher, writer, and conductor Aaron Copland during the last 30 years of his life. In 2008, it was recognized as a National Historic Landmark, the only one in the country associated with classical music.

The Brooklyn-born Copland found the countryside conducive to his work, and as early as the 1920s was spending summers in the Westchester towns of Briarcliff Manor and Bedford. In 1960, he discovered Cortlandt’s Rock Hill and fell in love.

“One look at the grounds, and I was sold!” wrote Copland. “When I first saw the studio, I said it looked like a room where a composer couldwrite music.”

Scan this QR code with your phone to hear Christian Larson’s interview with Michael Boriskin on our latest RiverTalk podcast. 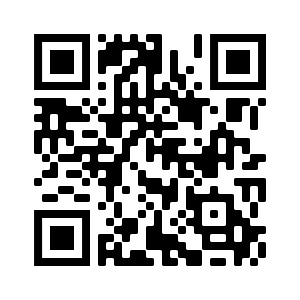 Many rooms in the house are lined with windows offering sweeping views of the surrounding landscape. The studio remains largely unchanged from Copland’s time there, containing his grand piano, a work table made for him by a local farmer, his favorite upholstered chair, and an extensive music library.

Scattered around the house are many artifacts from Copland’s illustrious career – an original caricature by Al Hirschfeld, a program from a WPA-era opera directed by Orson Welles, a photograph of Copland at the 1979 Kennedy Center Honors alongside Ella Fitzgerald, Martha Graham, Henry Fonda, and Tennessee Williams.

During the period in which Copland lived at Rock Hill, his composing output slowed, but he remained very much in demand as a guest conductor. His home also became what Michael Boriskin, Copland House’s Artistic and Executive Director, calls “a mecca for creative and musical activities.”

“[Copland] was a singularly accessible individual, and really an international musical celebrity,” says Boriskin. “He received visitors and colleagues constantly.”

Shortly after Copland’s death in 1990, a grassroots movement of local residents and officials (including then-Town Supervisor Linda Puglisi) emerged to preserve the house.

“Of course, they succeeded,” says Boriskin, “And the rest, as they say, is not simply history, but the history of the organization that is Copland House.”

The organization’s ensemble, Music from Copland House, tours North America and has released many recordings on its own music label. They are currently in the midst of a residency at Mamaroneck’s Emelin Theater, where they are presenting three programs.

Lives Entwined on May 1 features three works that explore “personal connections to our inner selves, outer worlds, and the relationships between them.” On June 19, a Juneteenth celebration focuses on 19th century spirituals, the Harlem Renaissance, and modern African American artists.

While Music from Copland House has performed at some of the nation’s most prestigious concert venues, Boriskin says they are thrilled to be back performing for live audiences in Westchester, the home of the man (and the house) whose spirit continues to inspire.

“Westchester is our home – as it was for Aaron Copland – and we are excited to turn the Emelin’s spotlight onto America’s concert music and its world of thrilling discoveries.”

Copland House also brings a wide variety of educational activities to schools throughout Westchester and beyond, including its “What’s the Score?” program in which young composers collaborate with students to create new works for their school ensembles.

Copland House is perhaps best known for its residency program, in which selected composers are awarded all-expenses-paid three to eight week stays at Rock Hill to focus on their work.

“The magic of Copland House, which makes it unlike any other residency that I have experienced, is that it combines a focused, solitary working environment with a sense of deep history, and a sense of home,” says two-time resident Lembit Beecher.