Our April edition of the River Journal published a letter by Daniel Rush of Irvington, regarding my article about charter schools. I am responding simply to clear up some misinformation.  Mr. Rush claims that we have no “charter schools” in our area, but that is not the case. A charter school is defined as any school that receives government funding but operates independently. Without being involved in their budget meetings, I assume that this includes schools such as Hackley and Transfiguration School, which have to operate within the guidelines of the Department of Education, but are also given the flexibility to teach outside of those guidelines, such as the religious education one might get at a parochial school such as “Transfig.”  I know from having worked in a Jewish school that the school, although operating independently, did have to follow certain guidelines because of oversight by the government.  This included having a minimum amount of school days per year.  Even though much income comes from tuition, government funding is also available to such schools.

Mr. Rush assumes that I don’t approve of Ms. DeVos as Education Secretary (I never said if I do or don’t approve.) and assumes that I don’t approve of her because I don’t approve of charter schools.  My feelings about Ms. DeVos (and no, they are not particularly positive) have to do with her lack of expertise in the area of education, as evidenced by her confirmation hearings.  It would surprise Mr. Rush to know, I’m sure, that through financial aid and scholarship money, I am actually the product of private schools.   Not government vouchers, which is the current argument on the table, but by qualifying for school-based financial aid and scholarship funds.

My point in writing the article was to inform readers of the ins and outs of private versus public education, and to put some real numbers out there regarding government voucher programs. Parent choice is a wonderful thing, and there are voucher programs that are wonderful, but we must be realistic about where voucher money will come from when a private school in our area can cost upwards of $20,000.  And that IS an issue for our community.

Letter to the Editor: Help for the Cruise Industry 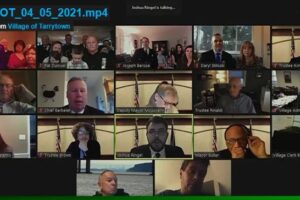 Letter to the Editor: Removal of Dr. Stanley Friedlander from Planning Board

Letter to the Editor: The Case for More Drop Boxes in Westchester