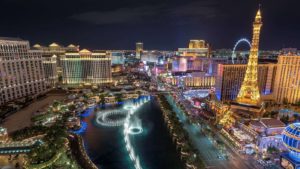 While it may be tempting to consider Covid-19 solely as a health crisis, it’s also fast emerging as a major socio-economic issue.

This is relevant across multiple industries too, including the brick-and-mortar casino and gambling market. Make no mistake; coronavirus has had a severe impact on revenue in gambling hotspots such as Nevada, where the state’s Gaming Control Board has reported a decrease of almost 40% in relation to the corresponding figures from last year.

Of course, the lockdown and the decision to close Vegas casinos in March is largely responsible for this, with Covid-19 having claimed just shy of 100,000 lives stateside as of May 26th. But how long will this trend continue, and when exactly are the casinos expected to reopen in Vegas and similar locations?

What’s the Full Impact to Date?

In precise financial terms, Nevada’s total gaming income in March amounted to a relatively healthy sounding $618. However, this sum represented a whopping 39.57% year-on-year decline, with the state recording revenues in excess of $1 billion in March 2019.

In many ways, the rug was pulled out from the state’s casinos (and indeed the industry as a whole) when the Nevada authorities closed all establishments in a bid to slow the spread of Covid-19 on March 17th.

This sweeping action followed the decision of the WHO to declare the coronavirus outbreak a global pandemic on March 11th, creating a scenario where the state was forced to accept dwindling revenues and considerably lower tax payments from operators.

The situation in New Jersey’s Atlantic City was even worse in March, with this region’s casinos suffering a staggering 61.7% drop overall. This was the cumulative loss recorded by all nine casinos in the state, with relatively meagre earnings of $85.5 million published overall.

In this instance, the lockdown actually disrupted the state’s 21-month consecutive rise in annual gaming revenue gains, while March’s figures also highlight the largest earning’s decline since the nine-day closure triggered by Superstorm Sandy back in 2012.

The difference in NJ, however, was the state was still able to rake in inflated online betting revenues, to the tune of $71.2 billion. So, while March’s total earnings in New Jersey are 42.7% down on 2019’s figures, the state’s thriving iGaming space helped to mitigate losses and minimise the damage to the treasury.

Nevada was not allowed this saving grace, of course, with only virtual pokers permitted online by the local state authority. While this could change in the future, for new the gambling industry in Sin City and the surrounding area is dependent on brick-and-mortar establishments.

So, When Exactly Will Land-Based Casinos Reopen?

Other states are facing similar challenges nationwide, although some may be able to reopen their casinos sooner than others.

For example, May 26th saw Westchester New York commence ‘Phase 1’ of their own reopening, which means that the state’s casinos could be poised to reopen their doors at some point in June.

In Nevada, Governor Steve Sisolak has set a tentative date of June 4th for reopening the state’s casinos, although it’s fair to say that this is still open for debate and alteration.

Not only this, but the offline gambling experience may also be far removed from what people are used to in Nevada. Aside from the absence of a valet service, it’s also expected that corporeal poker will remain closed, while bartenders, blackjack dealers and waiters will all wear masks.

These precautions will be crucial to a successful and staggered reopening, even though Nevada has seen decreasing cases of Covid-19 over the course of the last two to three weeks.

In this respect, the June 4th reopening will represent the first tentative phase of measures if it’s ultimately confirmed early next week, while any subsequent changes or relaxation of the existing rules will need to be approved by state officials at least seven days before being implemented.

Atlantic City has apparently set an even more ambitious target date of June 1st, with room reservations for the Borgata, Hard Rock, Ocean Resort and Harrah outlets all available for the first day of the new month.

It’s thought that this approach will ensure that Atlantic City establishments are fully reopened in time for the July 4th celebrations (all being well), which remains one of the most lucrative weekends for states such as NJ and other gambling hotspots.

It’s important to note that none of these plans are set in stone, while the reservations being taken by resorts such as the Bortaga are tentative and subject to future changes in circumstances.

However, the progressive nature of these plans means that it won’t be long before US casinos open their doors once again, and this can only be good news for the states reliant on this to secure tax revenues. 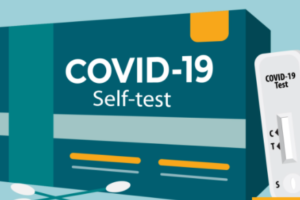 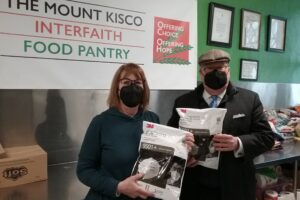