As the Village prepares for its annual budget each year, three items have been growing out of proportion to all other Village financial problems. First are pensions. No one anticipated the impact that an aging nation would generate on any and all government budgets. Tarrytown is no different. The NY Post recently commented that “the spike for retirement costs for teachers alone would equal an 18 percent increase in school property taxes or about $1000 dollars for the average home outside the city.” Second on the list are health costs for all employees, but in this case, particularly, government employees. This is going to require totally different solutions as Village health care payments increase. Thirdly and finally, we now have a real estate problem that is going to require NY State to completely revamp an antiquated tax structure on both commercial and residential properties. At the moment, with real estate dropping in value, more and more people are taking advantage of a system that has several major faults.

Currently, both residential and commercial properties are permitted to officially protest the amount of tax assessment placed upon their properties and, as a result, a portion of monies already paid out for a given year may be returned to the taxpayer. The term “certiorari” is simply the name given to the system. Once a year, a Tarrytown residential owner is entitled to take part in what is known as “Grievance Day.” Each year that day falls on the 3rd Tuesday in February.

The aggrieved party or parties can go before Tax Assessor Robert Wheatley. In 2009, eight people availed themselves of the system. In 2010, one hundred forty-one went to Wheatley and were given the protection of the law. For commercial properties, a given entity can go to the State Court system for a similar resolution. In anticipation of the problem, the Village set aside $250 thousand to cover the period of June l, 2009 to May 31, 2010. In actuality, the total amount paid out was $459 thousand. Obviously, as the number of certioraris increase, it will not take the Village long to develop expenditures that are too large to handle.

All of these numbers are based on what are now considered relatively bad times for most real estate. Since one could logically say that when things “turn around” as they always do, that Village coffers will likewise be the beneficiary. Wrong. Under NY State law, once a property is reduced in value, the lowered rate and corresponding tax owed the Village goes into effect literally forever! Evaluating a property ought to be a matter of keeping up-to-date on current values, but you’d be wrong on this as well. The last full evaluation for this Village was done in the mid-fifties and the only way to bring this up-to-date is to use what real estate people call an “evaluation reassessment” tax rate. Unfortunately, the drag of lower tax payments from an ever-increasing number of properties cannot be made up unless a drastic change is made in how these properties are evaluated.

Since the tax structures vary state-by-state, one can take examples of what has worked in neighboring states. Some use income as a base. Some put all new development on a current evaluation basis. In many states this is called “spot assessment.” On November 30 of this year, a major answer to the problem was discussed between the Town of Greenburgh and the Village of Tarrytown. It was concluded that what may be required is a re-evaluation of values for the entire area. That would bring the system into the real world which is now valued at least a hundred times higher than the values on roughly the same households in the mid-fifties base year.

What we have now are three major elements in the Village tax structure that are no longer predictable, or for that matter, sustainable. In a recent interview with both Village Administrator Michael Blau and Village Assessor Robert Wheatley, it was agreed that this is turning into a nearly “perfect storm” for budget building. Mark Twain, it is said, described a problem this serious as a “puzzle wrapped in an enigma.” But, in this case, it will be the Board of Trustees, along with Messrs. Blau and Wheatley, that now have a very real puzzle to deal with. 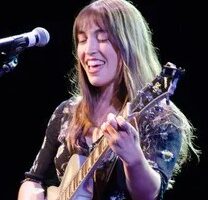 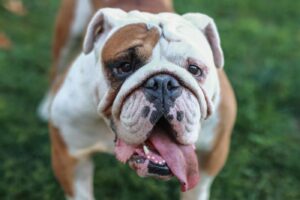