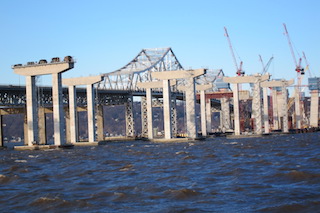 One fallacy often cited by voters who do not exercise their civic duty at the polls, is that local elections are unimportant. Another misconception is that straight party line voting is more important than voting for individuals with no party affiliation or who are registered with the opposing party. Lastly, any resident registered to vote in Tarrytown who believes all is well within the Village, hasn’t heard from Terence Murphy, John Chang or Domenic Morabito, Jr. These three gentlemen took the time to be heard during a recent interview.

Terence Murphy, a Mechanical Engineer and holder of an MBA in Finance and Management, has resided in Tarrytown his entire life. He is a principled man and one with a clear vision of what is missing in the Village and what can either be created or restored for the betterment of all residents. “We have a duty to keep taxes in check so residents don’t have to leave Tarrytown, because it has become too costly to live here. I ask myself how our current Tarrytown government, with a tax base of corporations and waterfront development, can be $46 million in debt?” He added, “When I look around at the lack of relationship building the current Mayor and Board of Trustees are responsible for, the answer to taxes becomes clearer.” To Murphy that clarity of thought is simply this:  the Village Board has become complacent and insular, even comfortable with the status quo. He cites their lack of concern over the paucity of parking, and especially now that Tarrytown has become a tourist destination. He has first-hand experience with Trustees assigned to act as liaisons with the Fire Department and notes  that they’re dismissive and arrogant towards the very volunteers who serve the Village.

For Murphy, who can look outside of the Fire Department and see other areas of neglect and complacency by the current Mayor and Board of Trustees, the Tarrytown Lakes come into focus. The Lakes are by all reports in a state of disrepair with overgrown aquatic plants and algae blooms that prevent fishing through most of the summer months. The past two winters saw record breaking freezing temperatures and yet the Tarrytown Lakes were not opened a single day for skating. In short, Murphy sees the neglect and wants to revitalize these two environmental treasures. 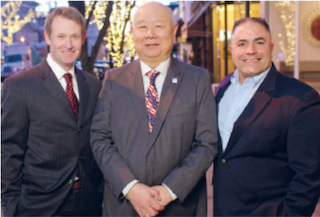 John P. Chang, a registered Pharmacist and retired Lieutenant Colonel in the US Army, lives a life of civic duty through a host of volunteer commitments that include the American Legion, being a volunteer fireman, and working with the Masonic Medical Research Laboratory. Married with two children who have matriculated through the Tarrytowns School System, he openly states that, “The current Mayor and Board of Trustees are not transparent in their dealings.” Like Murphy, he cites a lack of leadership and commitment to the betterment of Tarrytown, within the current administration. “There is a disconnect between the Village and the School System,” he said. He is certain that if active coordination existed the community would be better served.

A member of Tower Ladder 78 on White Plains Road, Chang wants to streamline services within local government, actively seek ways of saving money through coordination with neighboring villages and most importantly serve with leadership and not attitude, which he believes has become the hallmark of an insular and “too long in office” Board of Trustees.

Domenic Morabito, Jr. has a major claim, and one he has witnessed first-hand in dealing with Village Trustees. “Our local government is not accessible to our residents. They don’t listen to reason where reason should rule.” He cited Trustee Hoyt (running for re-election) and an issue with the fire whistle in Tarrytown. “He [Hoyt] advocated the elimination of the fire whistle by simply using a paging system.” That would have taken the fire warning system out of Tarrytown’s hands and placed it with the County located in Valhalla. “He [Hoyt] mentioned the Village was bombarded with complaints about the whistle. When the Fire Department asked him how many complaints there were it turned out that the Village had received a total of 4 over a several year period.”

To Morabito, Trustee Hoyt’s response and attitude towards emergency service needs is a concrete example of politics, bureaucracy and a general disconnect with the community. It should be noted that Trustee Hoyt is a volunteer fireman as well. “The Fire Department knew from the beginning that removing the whistle was an unsafe choice. They in turn went from four whistles to two whistles which only blow once from 11 pm to 7 am Village-wide, in an effort to provide continued safety while incorporating community sensitivity.

On Tuesday, March 15, three Tarrytown Village Trustee seats are being contested. Polls will be open from 6 am until 9 pm. Registered voters will have the opportunity and the responsibility to cast their ballots.

One thing is not fallacious. This election is very important.