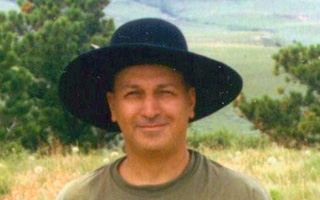 Charles G. Markantes is a lifelong resident of Tarrytown, New York. He was employed with IBM for 28 years prior to retiring in 2001, is a member of the West Point Chapter of the Company of Military Historians, and contributes articles to Research Review: The Journal of the Little Big Horn Associates.

His biggest accomplishment – the publication of a thirteen-month “Indian Peace Medal Calendar 2016” will be sold at the Smithsonian Indian Museums in Washington, DC and New York City. What differentiates this calendar from any already on the market is the presentation of Indian heritage and relationship with the United States Government. Silver peace medals were highly prized and often given to prominent Indians in North America. The custom of giving medals to Indians was common in colonial times and adopted by the United States Government after it came into existence. The purpose of these Indian Peace Medals was the promotion of peace and friendship between the Indians and their neighbors. Each month features exceptional black and white photographs of Native American Indians wearing a Presidential Indian Peace Medal, in addition to an enlarged obverse and reverse photograph of each medal. The calendar also contains a daily listing of 228 Indian treaties from colonial times to the late nineteenth century. 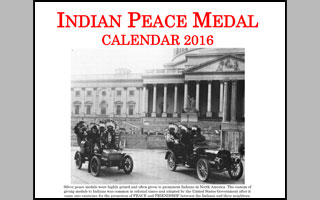 His passion to bring history to life was encouraged from early childhood classroom studies that fostered an interest in local history.
The calendar cost is $10 with free shipping, Iron Horse Books, 130 Union Avenue, Tarrytown, NY 10591