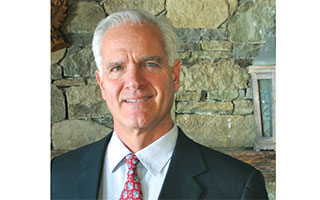 At the time this publication went to press a former Village Trustee and Mayor, Paul Janos, had announced his intention to run on an independent line called “Our Village Party” against an incumbent Mayor he sees as disinterested and complacent. River Journal (RJ) interviewed Mr. Janos (PJ) on Friday the 13th and found the former Mayor anything but superstitious about his upcoming campaign to unseat Drew Fixell.

RJ. What has prompted you to run for the top spot in Tarrytown Village government?

PJ. There is no enthusiasm in Drew Fixell and there hasn’t been  for years. All you have to do is attend or watch a Board meeting. He doesn’t bring any important issues facing Tarrytown to the forefront.  Nothing happens at the meetings and he has no dialogue with Board members or with the public.

RJ. What would you do differently as Mayor?

PJ. For one thing I am very enthusiastic about this Village. That enthusiasm would carry over to the people I would have to work with and the residents I would serve.

RJ. Can you be more specific?

PJ. Take taxes for example. Taxes are pushing people out of Tarrytown. I would make a 24/7 effort to find ways to lower them for all Village residents.  The New NY Bridge is another area where I would make certain Tarrytown receives every benefit it can from this multi-billion dollar bridge. I would not skip important meetings concerning the Bridge as Mayor Fixell has. I also would invite residents to  Board meetings to discuss ways they feel taxes can be lowered. I would seek their input. Mayor Fixell does not seek input on a regular basis and on critical issues. He is an invisible type of Mayor and I would not be.

RJ. During this interview you mentioned Mayor Fixell as complacent.

PJ. I did, and once again, if you look at Board meetings he presides over there is nothing going on. It’s as if important issues don’t exist.

RJ. Besides ongoing tax increases what other issues would you devote your time to as Mayor?

PJ. The Tarrytown Lakes are such a resource for the Village. I know of no other village that has two beautiful lakes like we do. And yet under Drew Fixell the lakes have become degraded and the buildings surrounding them dilapidated. No attention has been given to them  and I would not allow that to continue. There is funding out there and I would make sure Tarrytown received what it needs to restore those two beautiful resources.

RJ. When you were mayor you started putting in motion the downtown revitalization and especially the Main Street streetscape. What do you think needs to be done with furthering that effort?

PJ. I know there is parking available in little “pocket areas” that would help the merchants on Main Street and Broadway. These areas would allow for more people to visit and shop in the Village. Again there are issues to be explored in Tarrytown and Mayor Fixell just isn’t involved.

RJ. Tarrytown has not enjoyed smooth relations with Sleepy Hollow and there have been lawsuits over the GM redevelopment that have caused a deeper divide between the two local governments. What would you do about that?

PJ. Again you have to look at the lack of enthusiasm shown by our Mayor. I would meet regularly with the Village of Sleepy Hollow to ensure that both Villages benefit from this redevelopment and both Villages work to mitigate any adverse impacts it will have.  You have to be involved and present today. There are too many issues that demand your full attention. Tarrytown cannot continue to remain complacent in these important times.

Mayoral candidate Janos plans on a door-to-door campaign speaking with and listening to residents about their concerns and their recommendations for energizing the Village—a Village in need of renewed direction, from the top.