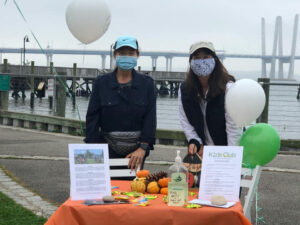 Kids’ Club of Tarrytown & Sleepy Hollow reached out to friends and supporters to help launch a year-long campaign called “10 for 10”. Hoping they would lend a hand by spearheading at least ten events, the response was overwhelming. Neighbors and friends were not going to let a global pandemic slow them down. Here are just a few of the highlights from over a dozen events that took place during the year.

Other “10 for 10” supporters included The Church of the Magdalene, Mike Risko Music Store, River Cup Golf participants, Giacomo F., and One Hope Wines.

Thanks to the generosity of their loyal donors, volunteers and friends, Kids’ Club was able to do even more to respond to the urgent needs of the local community. Whether it was awarding emergency aid to fight food insecurity, or increasing support for virtual and outdoor programming, Kids’ Club stepped up their efforts to close the gap in services for children in need. As always, Kids’ Club Board members cover all administrative costs so that 100% of all funds raised go towards life-changing programs that help children from birth through high school and beyond.