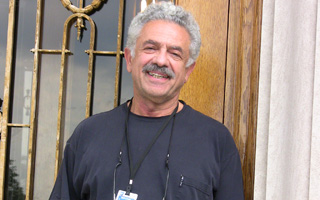 When I took the Census test at the Tarrytown Village Hall, it brought back all the unpleasant memories of high school!  However, I needed the job and some adventure in my life, so . . . this is my story.

When I went to my first house, I stammered and had trouble reading from a set script.  My whole life, I have always thrived on improvising, and now, this was the mother of all improvisation.

One of my earliest visits was to the house of someone unreachable by other “Enumerators.”  He had a mat at the door that read, “Go Away.”  I didn’t get a warm, fuzzy feeling here – the grounds were dirty, unkempt, with garbage strewn around, uncut grass and a house that was in need of major work.  And there was that mat … “Go Away.”

On my second visit, a man came to the door – an old biker – slept in clothing, long hair, unfriendly and annoyed . . . “What do you want?”  After a moment, I started to go through with my rehearsed pitch.  “How long will this take?” he growled at me.  “Probably a lot quicker that it’s been taking me to pee lately.”  He gave me a knowing smile.  We bonded immediately!

I had been going back time and again to a condo development near my home, but was having a tough time finding this one resident at home.  I went back more than I was actually required, but I considered it a challenge.  This apartment was nestled in a woody area, and had a beautiful but small garden, creative, with touches that made it peaceful and serene.  As many times as I left my contact number, no one called, but I was relentless.

Finally, success!  A middle-aged woman came to the door one evening with that “why am I being disturbed at this hour” look.  The first words out of my mouth were, “I had to meet the person who grew this magnificent garden oasis!”  Success!  It turned out to be a nurse who had very difficult long working hours – a person who gave so much of herself to help others.  Now the garden made sense!

On another day I knocked at an HU (housing unit) and all I heard was the loud squawking of a bird.  My experience told me that it was a Macaw.  Besides my usual written note, I needed an unorthodox response . . . “From one bird lover to another, call me so we can complete this census.”

That afternoon a man called and we discussed our feathered friends for 10 minutes – his Macaw and Conure. He shared how careful he is and reminded me to be careful with your conure’s diet. Oh, yes, we also managed to complete the questionnaire.

Such A Nice Young Man

There was a large condo high-rise that was a little difficult getting into because of security.  Once in, I found my first visit was a welcome one to a 94-year old woman with great energy and personality.  She made me a cup of hot tea, and took me in to meet her friend next door who was also on my contact list.

The friend had just had back surgery and we sat patiently listening to her and talking to her for about a half hour, hearing about her complaints and discomfort.  Through the pain, I could see that she was a tough old bird and hated being limited by this.  In thanks to me for being so patient and listening, she called ahead to others on my list who might not so easily have been open to letting me in.  She introduced me by saying, “This nice young man will be knocking on your door.”  Without her assistance, I might not have gained entrance to those apartments.

Resilience, persistence, flexibility, charm and adaptability were the keys for me in the 2010 Census.  What do you do when the house that you need to gain entrance to is having a yard sale?  You buy something before you ask questions.

There was sadness, too, at times.   One home had many cars parked in front and lots of activity inside.  An elderly Italian woman with a sweet face came to the door, but the pained look on her face told me everything . . . death!  Her husband had died 2 days ago.

What a cross section of people I had the privilege to speak with and experience.  From simple, poor homes with multiple families sharing a tiny apartment, to magnificent Japanese-style homes, spectacular and sprawling, with breathtaking views of the Hudson.  Rich or poor, most everyone was gracious and invited me in.  Yes, I broke a lot of rules, but each case needed its own particular handling and sensitivity.

Once, I did my Romeo & Juliet impression by conducting an entire interview looking up at a robust woman who filled out the entire window frame.  When homes displayed the flag proudly, outside their door, I shook hands and thanked them for their patriotism!  I remember sometimes seeing people who recognized me after many visits.  I shared laughs and greetings with 3 ladies who always seemed to celebrate the end of a day with martinis in hand, chatting outdoors.  They were my inside source to “Who’s Who in the Building.”

Some homes were on the historic register, while some seemed ready for demolition.  I also was proud that I became known as the “troubleshooter” – the guy they could call on when all else failed.

One private home frustrated me when no one responded to my many attempts at knocking at the door and ringing the doorbell – even while I could see through the window that there were kids playing inside.  Finally, I heard over the intercom, “We don’t want solicitors.”  Here, I had to be creative. I found out from neighbors that the parents of these residents lived nearby.  Using my most charming voice, I got my questions answered.  Sometimes you had to make analogies and draw conclusions just from the items left outside the door.  Kids’ toys, a cheery wreath on the door, packages left by UPS.  I learned to decipher ages, gender, and even personalities, by what was left outside the home.

Size up the audience . . . make adjustments!    Sometimes, I was dead wrong!

Many families were Indian, Pakistani and African American.  Sometimes, when I thought I would have a difficult time explaining what I needed, and getting across what I was doing, I received an invitation and a glass of cold lemonade on a hot day!

I also discovered Cobb Lane, a hidden gem in Tarrytown – a 2-way road only wide enough for 1 car.  A winding, twisting road, slightly dangerous . . . just what I liked.  One homeowner, apparently wealthy, was working at home.  When he saw that I was taken by his property, gardens and view, he invited me to follow a trail up the tall hill.  What I saw amazed me – a winding trail with gardens, stone statues, in-ground fish ponds and benches that were built into the hillside.  When I reached the top, the views were extraordinary and they took my breath away.  Upon leaving the property, I realized I literally could walk to the shopping center where I shopped regularly.  My thoughts were, “Sometimes such beauty stares at us and we miss it.”

I learned how diverse our neighborhood and community is, and that if you give people respect, they welcome you into their world.  Some longed for conversation, but most just wanted a smile and a good word. Sometimes, a mat that said, “Go Away,” didn’t mean that at all!© 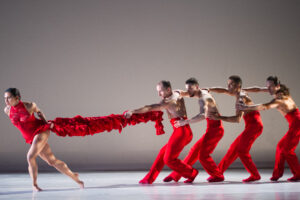