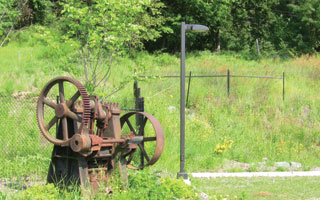 The agreement that permitted Briarcliff Manor to build a state-of-the-art pump station in Tarrytown included a series of payments to be made to the Village. As construction progressed contaminated soil was discovered.

Briarcliff notified Tarrytown and by the Department of Environmental Conservation (DEC) mandates, the site had to be cleaned up and the soil removed. Tarrytown was made aware of the additional cost to remove the contaminated soil from the construction site in December of 2009. Briarcliff, through letters to Tarrytown, made it known that they were making lesser payments as a result of the clean up.

The amount owed to Tarrytown is $500,000 and that was to be made in two payments of $250,000 each. As of this time the Village of Briarcliff is only prepared to pay  Tarrytown $204,000 in total, with the remaining $296,000 being subtracted for the cost of cleaning up the contaminated soil and other improvements that Tarrytown required Briarcliff to make after having
approved an initial plan.

This publication learned of an executive session held by Tarrytown’s Mayor Drew Fixell and his Board of Trustees during the week of September 3rd to discuss this matter. Village Administrator Mike Blau, who was also the Village Manager of Briarcliff Manor at the time the agreement was signed a number of years ago, had no comment on the meeting.

According to Briarcliff’s  Village Manager, Philip Zegarelli, the issue of a reduced payment to Tarrytown will in all probability be discussed between Briarcliff’s Mayor Bill Vescio and Tarrytown’s Mayor. Tarrytown has all the documentation regarding the removal of the contaminated soil. Reportedly Tarrytown is seeking mediation on the matter while Briarcliff’s stance is that there is nothing to mediate about.
Briarcliff has advised Tarrytown that they believe the berm of contaminated soil extends behind their pump station and could reach as far as Sleepy Hollow’s pump station.