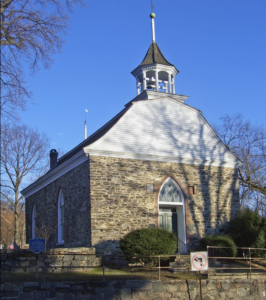 “It is vitally important that residents and visitors alike are safeguarded in areas where vehicular traffic is situated close to the sidewalks, as it is in this particular area in the Sleepy Hollow,” said Harckham. “The Village’s project to create a safer pedestrian walkway on Route 9 is certainly necessary, and I am pleased to be able to partner with village officials in making sure the public’s safety is protected in this regard.”

The Sleepy Hollow Pedestrian Improvement Project is situated on Route 9 between Philipse Manor’s Pierson Avenue, directly across from the entrance to Sleepy Hollow Cemetery and the Old Dutch Church, to Pocantico Street and the entrance to Philipsburg Manor. It will include new sidewalks, curbing, ADA ramps, historic tourism signage, landscape improvements and associated site walk.

Additionally, shade trees will be placed at certain locations along the sidewalk to provide canopy, reduce the heat islands and enhance stormwater management while reducing overall sidewalk maintenance. 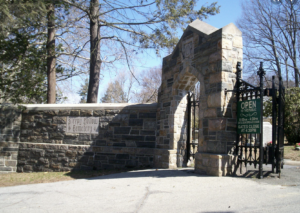 Tourism is a major factor in necessitating the sidewalk improvement project, as three major historical sites—the Old Mill at Philipsburg Manor, Old Dutch Church and Sleepy Hollow Cemetery—all receive tens of thousands of visitors each year. Also, visitors to Kykuit, the Rockefeller estate in Pocantico Hills, must park at Philipsburg Manor before being bused to the property.

The Route 9 corridor is also the walkway for students attending W.L. Morse Elementary School, Sleepy Hollow Middle School and Sleepy Hollow High School. The students’ use of the sidewalks is concurrent with the times during the day when vehicular traffic is at its peak on the roadway. This route links numerous businesses, public facilities and residential neighborhoods, in addition to acting as a gateway to the village’s downtown district.

Currently, the existing sidewalk has little displacement from the passing vehicular traffic: in most areas there is only one or two feet from the curb. With the plan’s engineering and design, greater pedestrian safety will be actualized.

“Improving the safety and walkability along Route 9 has been a major challenge, and I am grateful to Senator Harckham for being a valued partner and helping to make these important changes happen,” said Sleepy Hollow Mayor Ken Wray. “The particular section of the roadway is unique: within 100 feet of each other, there are three sites on the National Register of Historic Places, and during the Halloween season, this is a magnet for thousands and thousands of celebrants. It is also used year-round by school children and visitors to Philipsburg Manor as it expands its programming. For bicyclists and motorists, this is a gateway to our village, where Route 9 crosses the Pocantico River.  Designed the right way, this project will be a win-win for the Village and New York State.”

The awarded grant funding was secured within the State and Municipal Facilities Program (SAM), which is among the grant programs administered by the Dormitory Authority of the State of New York (DASNY) to support community and economic development.