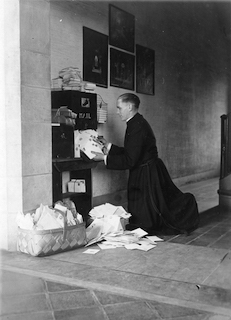 The Maryknoll Fathers and Brothers and the Maryknoll Sisters are prominently featured in a new virtual exhibit – “America’s Mailing Industry” – that has been unveiled by The Smithsonian’s National Postal Museum. The exhibit shares the history and the interesting stories about the many partnerships that the U.S. Postal Service has championed with private industry and nonprofit organizations for more than 200 years.

Photo: One of the Maryknoll priests sorts mail during 1929.

Maryknoll’s contribution, created by Maryknoll Mission Archives, highlights a partnership of more than a century with U.S. Postal Service that has allowed Maryknoll to maintain relationships with missioners overseas and supporters at home. Central to this partnership has been the U.S. Post Office located at Maryknoll on Ryder Road in Ossining, New York. From this location, the Maryknoll Fathers and Brothers has mailed its flagship publication, Maryknoll magazine (formerly known as The Field Afar) and its Spanish-language counterpart, Revista Maryknoll, to hundreds of thousands of supporters.

Both Catholic religious organizations continue to mail fund-raising literature through this postal location while also sending and receiving letters and other correspondence to and from missioners in far-away lands. Letters of good-will, along with support from donors and benefactors, also pass through this post office.

The Maryknoll Fathers and Brothers, founded 1911, and the Maryknoll Sisters of St. Dominic, founded 1912, are the first Catholic U.S. Society and Congregation of religious dedicated to international mission. Maryknoll promotes healthcare, provides education opportunities, addresses poverty, builds communities and embraces justice and peace. The Maryknoll Fathers and Brothers, located at 55 Ryder Road, currently serve in mission in 22 countries in Africa, Asia and Latin America, and also in the U.S. The Maryknoll Sisters, located across the street at 10 Pinesbridge Road, serve in mission in 24 countries worldwide. 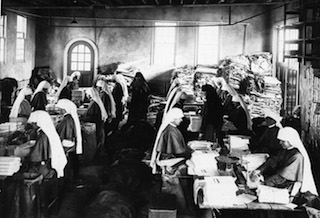 Maryknoll learned about the exhibit project during August 2015. Direct Marketing Manager Diane Bernardini of the Maryknoll Fathers and Brothers was informed about the project through her association with the National Catholic Development Conference, the largest membership association of charitable religious fundraisers in the U.S.  Following initial contact with the USPS/Mailing Industry program project manager, these two Maryknoll expressions immediately agreed to be among the first organizations to participate in the exhibit.

By the end of September 2015, the Maryknoll Mission Archives staff–Director Ellen Pierce, Archivist Stephanie Conning, Archivist Jessica Di Silvestro and Photo Archivist Jennifer Halloran–had researched and prepared all editorial content and imagery for the Maryknoll component of the exhibit.

The program project manager quickly realized that the Maryknoll collaboration with the U.S. Postal Service has been a unique partnership. She used this specific story to generate interest among other nonprofits and corporations during the development of the project. The Maryknoll submission was officially approved by the Postal Museum during February 2016.

“America’s Mailing Industry” will be featured on the Postal Museum website for the foreseeable future. The virtual exhibit will receive periodic updates.

To see the Maryknoll story in the exhibit, please visit: http://postalmuseum.si.edu/americasmailingindustry/Maryknoll.html

• Katherine Slattery from Athens, New York, worked for the postal service for 21 years before entering Maryknoll. Now known as Sister Margaret Mary, M.M., during 1921 she opened the first United States Post Office at Maryknoll and became its first postmistress. She also was a founding member of the Westchester Postmasters Association.

• One of Sister Margaret Mary’s duties was to mail the monthly magazine. During 1922, the post office handled approximately 700,000 pieces of outgoing mail and 145 tons of Maryknoll’s magazines. During 1937, she helped transport approximately 1,000 bags of mail to the Ossining train station. It was sorted into the mail car by the Maryknoll Brothers. By September 1940, the number of sacks of mail rose to 2,037 and weighed more than 45,000 pounds.

• The flow of mail through Maryknoll reached such a significant level that the station required its own zip code and the 10545 code was introduced during the 1960s.

• The Maryknoll spotlight includes the recent success story about the USPS-Maryknoll partnership that allowed generous benefactors to help the Maryknoll Fathers and Brothers aid victims following the 2015 earthquakes in Nepal.

The launch of the “America’s Mailing Industry” virtual exhibit occurred this past September 13 at the Smithsonian’s National Postal Museum in Washington D.C. Among the postal and mailing industry special guests were Postmaster General Megan Brennan (the 74th postmaster general and the first woman) and Stephen Kearney, executive director of the Alliance of Nonprofit Mailers, one of the mailing industry supporters of the project. Mr. Kearney’s remarks highlighted Maryknoll and how this humanizing story about the mailing industry both touched and inspired him.

For more information on the Maryknoll Fathers and Brothers visit: https://maryknollsociety.org/

For more information on the Maryknoll Sisters visit: www.maryknollsisters.org 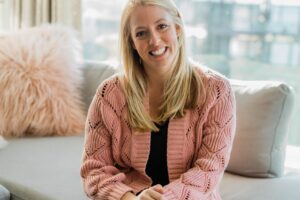 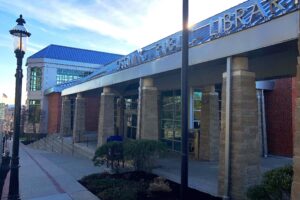 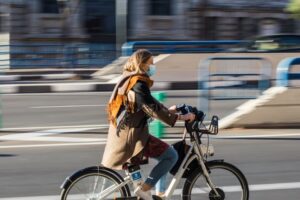 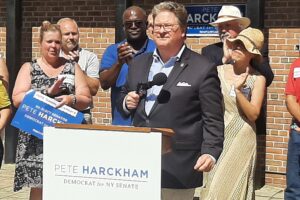 Harckham Kicks Off Re-Election Campaign with Rally in Ossining