It started out innocently enough.

At the February 2nd Irvington Board of Education Public Meeting, Irvington Superintendent, Dr. Kathleen Matuziak, presented her recommendation on the possible merger of the Dows Lane and Main Street Schools to a standing-room- only crowd in Main Street School’s auditorium.

“At the meeting on January 21st… a show of hands clearly reflected a huge support for not merging,” she read from her prepared memo to the Board. “I feel strongly that we need to give ourselves the gift of time and not rush into a merger in 2010-11.”  After Dr. Matuziak spoke, a number of community members, determined to add their voices of dissent to the Board’s decision, spoke out in support of her recommendation and against the idea of a school merger.

Resident and parent, Daniel Hargraves, worried that the rationale for the merger was “a knee-jerk reaction to criticism about the rising tax base” and not well thought out.

After the community spoke, it was the Board’s turn. They also were ready to agree with Dr. Matuziak’s recommendations, based on the overwhelming opposition to the possibility of a merger. “It seems obvious to me from the forum that we had [on January 21st] and from the comments that we’ve heard tonight, that the community feels the merger is rushed; it feels rushed to me,” said Board member Michael Morley. “I don’t think it’s a viable option for this year.” As welcome as that news was for the audience, it was tempered with the reality that this issue was not dead, merely postponed. “This is not something we can just dismiss in the future,” warned Board member John Dawson. “I think we have to keep looking at it.”

[inset side={right}]{Nowhere has this mistrust been greater than when it comes to financial matters. “I don’t understand the school’s resistance to disclosing detailed financial information.”}[/inset]Board President Robyn Kerner officially shelved the merger for the time being when she announced, “For the Fall of the 2010-11 school year, there will be no change in terms of the two schools remaining as separate schools.” The anti-climactic decision received a strong round of applause as the controversial issue was laid to rest. With the matter settled, the Board opened the floor to general comments. That’s when the fireworks began.

What followed was a heated discussion between members of the community on one side, and the Board of Education and Dr. Matuziak’s administration on the other. Tempers and voices rose and accusations flew. The reason soon became clear. “Basically,” said Irvington resident and parent, Catherine Johnson, “a large percentage of parents and the broader community have lost trust in the Superintendent and in Board members who support her.”

Nowhere has this mistrust been greater than when it comes to financial matters. “I don’t understand the school’s resistance to disclosing detailed financial information,” said resident Della Lenz. Community member Carolyn Joy agreed. “I think [the Board] thinks that it’s only entitled people that get the [financial] information. They don’t share it with the whole community.” Numerous calls were made for greater financial transparency. “It would be terrific if all the parents and all the taxpayers in the town could have access to a very detailed budget,” suggested community member Joshua Freeman.

Not everyone in attendance, however, felt that there has been a lack of transparency. “I think they’ve been as transparent as possible,” said Sheryl Frishman, educational lawyer and mother of three children in the district. “There are some things that you can’t share with the community for legal reasons.” A rather exasperated Kerner held her ground against the criticism. “I keep hearing from you that it’s smoke and mirrors, that we only let you see what we want you to see,” she said. “Frankly, I’m a community member too; I want to see — I want you to see. The more you guys are educated, the more information you will have and, frankly, I think it makes it better for all of us.”

By the end of the meeting, which went on well past midnight, a lot of raw emotion had been displayed, and a lot of issues had been aired. Board member Robyne Camp, who was caught in the middle of much of the debate, sympathized in some ways with the crowd. “I think the school merger proposition was the straw that broke the camel’s back; the camel’s back mainly consisted of our education being too expensive and the quality not being worth it. We’re not getting what we’re paying for.”

The tone of the evening repeatedly turned nasty, with much of the criticism aimed at Dr. Matuziak. “I was amazed,” says Frishman. “I don’t always agree with everything Dr. Matuziak says, but I was pretty disgusted with the way people were talking to her and I was amazed at how classy she actually was.” For her part, Dr. Matuziak took the verbal barrage in stride. “I don‘t take it personally,” she says, “because I know how hard we all work and I know the job we do and there are plenty of people who recognize that.”

With an eye on helping the community recognize how hard her administration works, Dr. Matuziak is sponsoring another public meeting on March 2nd to specifically talk about her leadership team and to answer any questions the community might have about her administration. If the past few meetings are any indication, that meeting will be heavily attended with a suddenly-engaged populace, a fact which has the potential to be a double-edged sword.

“I think it’s great that more people are involved,” says Frishman, “but I feel that unless you know the history, unless you’ve been involved from the beginning, or learned the process before you open your mouth, I think that there’s just going to be a lot of fighting going on like what we saw at that meeting.” 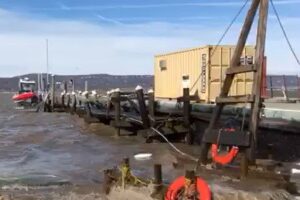 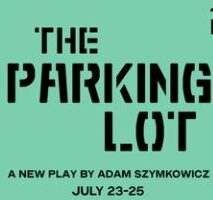