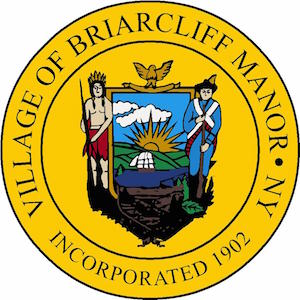 The Village of Briarcliff Manor already had an especially aggressive workload planned for the year when disaster struck last month on the night of December 12 and an intense fire engulfed the Village’s two-story pool pavilion. “Far over everything [planned] is the recovery of our Law Park pavilion and making sure the pool, in particular, is up and running for our traditional Memorial Day opening,” says Village Manager Philip Zegarelli. “It’s been all hands on deck to jumpstart the recovery. We’re going in many different directions in order to get the component parts of the rebuilding of the center going as soon as practical. It’s really the cornerstone of our recreation program. I’ve been given strict orders that, at a bare minimum, the pool and all the pool-related facilities are up and running.”

By early January, the pool itself had already been drained, cleaned, and refilled, and damaged parts had been ordered.  “All the pool-related facilities on the pool deck have been cleaned and emptied. The pavilion itself is largely viewed as a total loss,” admitted Zegarelli. “We’re just putting out bid documents to take it down and clean it up.” He stressed that the Village is working with architecture firms to try to mirror the old, iconic design of the building.

Aside from the pavilion, Briarcliff Manor is expecting to open their new community center, adjacent to the library, on or around March 1. Zegarelli says that this project has been going better than expected. “Once we opened up the old railroad station building, we actually found more available space [for the community center] than we had anticipated,” he says. “There were double walls in some places, so when you build it out, especially on the second floor, there’s a lot more room than we had thought. It’s going to really be phenomenal.”

“Some people might complain that we’re doing too much,” says Zegarelli. “It took a lot of years to get to this point. No time’s a good time, but I think if people have to be inconvenienced, they would rather be inconvenienced at a high level over a short period of time rather than die of a thousand cuts over the two-and-a-half to three years that it would take to do all this work in a series.”