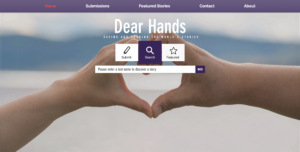 One beautiful summer morning, my mom got a call from the hospital. Ten minutes later, we were rushing to Englewood Medical Center in New Jersey. My grandfather had been admitted to the ICU with sepsis-induced kidney failure. His doctors thought this was the end, and in what everyone thought were his last moments, he reached out to me with his exhausted and storied hand.

A few months later, my grandfather had made a remarkable recovery, and one afternoon, we found ourselves deep in conversation. Despite practically being raised by him, I knew little of his past. I had heard bits and pieces about how he and his family immigrated to the United States, but other than that the rest was shrouded in mystery.

It turned out his life was tougher than I c

ould have ever imagined. He was only 13 when the Korean War forced his father and older brother into hiding for fear of capture. In the patriarchal society of 1950s Korea, he was expected to become the public head of his family. In one incident, 30 soldiers demanded he and his mother surrender the location of his father at gunpoint, but the two kept their cool as the soldiers ransacked their house – with his father and brothers in a concealed basement. After the war, his life started to look up: He started a heavy machinery brokerage and gained a modest level of success, but as his business started to decline, he made the decision to come to New York.

From that day on, whenever I was challenged or struggling, my grandfather’s story always put things in perspectives. One day, I had a horrifying thought: what if he did pass away that day in the ICU? Would his stories go extinct never to be of use?

I saw how, in an increasingly technological and theoretically connected world, we’ve become shallower in our understanding of one another, but also curious about our past. Galvanized by my grandfather’s story, I created dearhands.org, an online database that preserves the unheard stories of people in a podcast-like format, so they can be easily shared with loved ones.

I wanted to ensure that no story was forced into extinction because I believe every lived experience adds value to the people around us. To that end, I made dearhands.org into a charitable service for everyone. With just a photo of your hand and a short audio message, you can create a personalized and heartfelt message for your loved ones within a handful of minutes at dearhands.org/submissions.

I’m very thankful to Pastor Tony Karlik of Faith Lutheran Brethren Church in Briarcliff Manor who helped run our pilot program, and since then, we have partnered with adult day care centers and assisted living homes in the New York metropolitan area, including The Club in Briarcliff, to preserve people’s stories.

Tevin Kim is a senior at Briarcliff High School.

About the Author: Tevin Kim