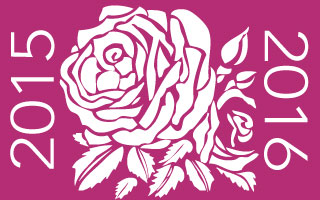 Briarcliff Manor — 2.081% Tax Rate Increase
Being under the tax levy cap is nothing new for Briarcliff Manor, and once again, the Village accomplishes this feat, although by a hair. “We were below the tax levy cap by about $10,000,” says Village Manager Philip Zegarelli. “The increase in tax revenue is slightly over 2%, but that’s on a blended basis.  You have to understand that Briarcliff straddles two towns, so we have two assessment rolls, two equalization rates.

The tax rate went up in the Town of Ossining side of the Village but actually went down in the Town of Mount Pleasant side.”  The increase in the Ossining side (which Zegarelli says accounts for approximately 90% of the Village) is 2.081%, raising  the tax rate from $97.16 per thousand to $99.19. In the Mount Pleasant section of Briarcliff Manor, the tax rate decreased 4.37%, going from $381.99 per thousand to $366.56.  The current budget maintains all Village services, and even allocates funds for an additional hire in both the police  and fire departments. It also  provides more money to the  Department of Public Works.  “In the budget we’ve allocated money to do more because this last winter was really brutal on roads and fixed village assets like sidewalks, curbs, and waterlines,”  explains Zegarelli.  Other infrastructure projects which will be underway in one form or another over the summer include continued work  out by Old King’s College, the removal of the Village’s 150,000 gallon water tank which is to be replaced with a new hydropneumatic pump station, and the beginning of work on the new library-community center complex. A new ambulance should arrive in June or July,  and the Village is even looking  at the need for a replacement  fire truck.  One of the reasons the Village  is able to afford all of these  individual projects while remaining under the cap has to do with the exciting world of debt  service. “We did what is called a refunding of existing long-term  debt,” says Zegarelli. “We have 20-year money out there. We  reached the call period of 10 years, and we took the debt and reset the rate [for the remaining 10 years]. We went from about 4% [interest] on the debt down  o 1.92%. Over the remaining ten years, we will save about $600,000 in interest.”  Like Tarrytown, the Village has been active in the area of saving money through governmental efficiency and shared services. “We provide fire protection to two areas in the town of Mount Pleasant and a major area in the town of Ossining,”  lists Zegarelli. “We provide water outside the Village—Briarcliff  has 8,000 residents and we provide water to another 2,000  people outside. We’ve been in preliminary discussions with the town of Mount Pleasant about supplying water to other areas. We’re in with the Town of Mount Pleasant on buying asphalt  on a joint basis.”  All of this has added up to Briarcliff Manor expecting to send their Government Efficiency  Plan to Albany showing a savings rate three times what is required by law. “I feel very good that we’ll be not only on the money, but have very viable and very noteworthy programs that others will be looking at  [to replicate],” says Zegarelli.