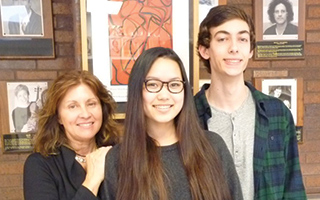 Briarcliff’s Golden Artists Junior David Kaminsky and sophomore Maya Ponzini were awarded Scholastic’s Art and Writing Regional Gold Key Awards for their oil painting submissions. Run by the Alliance for Young Artists and Writers, the Scholastic Art and Writing Awards have been given out since 1923, identifying exceptional student artistic and literary talent and exposing that work to a national audience. 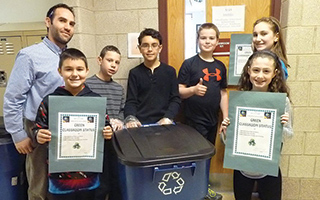 Students Work Towards a Greener Middle School
As part of a project promoting sustainability awareness, the Briarcliff Middle School Greenhouse Club, advised by science teacher Bob Iovino, has been judging individual classrooms and awarding certificates for those that meet strict “green standards.” To receive a certificate, the classroom must have two visible recycling bins labeled for paper and plastic; there must be at least one live green plant, maintained and watered by students; and within the
classroom, students may not drink from single-use bottles, only reusable containers.

“The certificate program caught on quickly,” said sixth-grader Andrew Winiarski. “After the first teacher received one, all of the teachers started wanting one.” To date 16 certificates have been awarded. 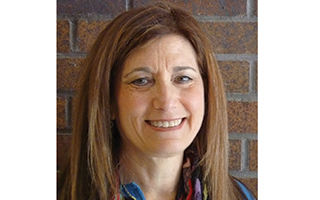 “Pam represents the qualities that have contributed to Briarcliff’s educational standards of excellence,” said Superintendent of Schools James Kaishian. “As a beloved teacher of Spanish and French, Pam has made significant contributions to the growth and development of our world language department, while immersing her students in the language and culture of the countries they are studying.”

Competing against 41 other teams, Briarcliff’s “A” team of Tong Li, Dan Bramson, Jacob Gold, Allen He and Arjun Rao defeated Edgemont in the semifinal round and Chappaqua in the finals for the championship. Li was named the tournament’s Most Valuable Player with the highest point total earned. Briarcliff “B” team captain Charlie Driver earned the fifth-highest overall score and was named to the All-Tournament Team.