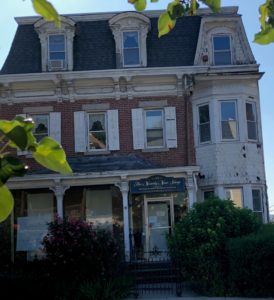 The Nearly New Shop became an integral part of the Tarrytown community when it opened in 1942, as a part of the Junior League of Westchester on Hudson. The Junior League is a women’s volunteer organization with a mission to make communities better and aid its members in developing the leadership qualities needed in order to carry out the League’s goals.

For the past 60 years, the shop has been running as a high-quality consignment business for women’s clothing. Since the opening of the shop, all donations received have been used to support a variety of community funds that have significantly improved the town.

Each shop connected to the League decides which programs it will donate to on a yearly basis. In terms of the Nearly New Shop, its proceeds have gone to the Tarrytown Music Hall, the Warner Library’s spelling/literacy program, and other local funds that directly impact the residents of Tarrytown.

Many Tarrytown residents are saddened to see the Nearly New Shop close, as it has not only been a source of support for the community financially, but socially. Older residents have grown fond of the shop, and many friendships have been forged throughout its years in business, according to the shop’s staff. 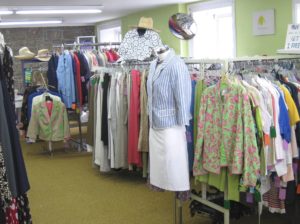 Unfortunately, the main location for the Junior League is closing due to renovation costs, which caused all of its connected businesses to close. Each branch of the Junior League has bettered its respective community through its generous donations, and the League’s absence will be felt by all River Town residents.

“It has been so long and rewarding for me. I love it. It has been a lot of fun, and I’ve met so many nice people,”  explained Susan Golier, former manager of the shop. “Many people have been coming for years. It’s a good thing for sure, which is why we feel terrible about it closing.”.

Unless funding for a new location can be found, or donations for the renovation of the Junior League’s building are made, communities will be left without its help and guidance. For those who have grown up with the Nearly New Shop, its closing marks the end of an era. The community programs supported by the shop will feel the effect of its closing, and its contribution to the town will be greatly missed.

For more information regarding the Junior League of Westchester on Hudson, visit http://www.jlwoh.org.

About the Author: Sarah Dolgin