On December 8, 2020, Joe Liga, a man known to all as “Joe the Baker”, passed away at the age of 49. Just 14 months earlier, Joe had fulfilled a life-long dream by opening his own bakery, the Briarcliff Baking Company, in downtown Briarcliff. It quickly became a destination for Joe’s fresh-baked cakes, cookies, breads, pastries and so much more. On any given morning you could find Joe sitting at one of the tables talking to customers, even though he had already spent hours baking before the shop opened.

Joe had baking in his blood. Originally from Staten Island, Joe’s father moved to Ossining and opened up a bakery called Villa D’oro Pastry Shop. “Joe worked there in high school,” said Joe’s wife and partner Angela Liga. “My husband was taught by his father, he was a scratch baker and ran the business for many years after his father passed away.”

Joe briefly went to work for his family’s bread distribution company but baking was his passion. When he found the spot on Pleasantville Road he knew this was going to be their place. “He loved the little village of Briarcliff and when he had the opportunity he put everything he had into it and made it exactly what he wanted it to be. 2019 was our year.” 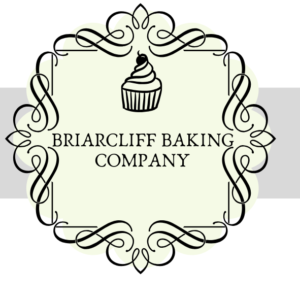 Despite having a full-time job with the Westchester District Attorney’s office and raising two girls, Gina who is 12 and Giuseppina who is 1, Angela plans to keep Briarcliff Baking Company and Joe’s dream alive with help from family and two of Joe’s friends who are also bakers.

Friends in Briarcliff have set up a Go Fund Me campaign for Angela and her girls. If you would like to help, please visit gofundme.com/f/the-liga-family-memorial-fundraiser.