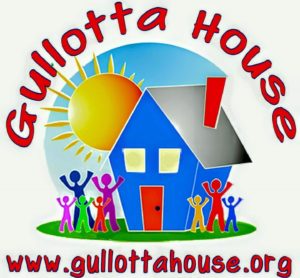 Following a devastating fire that destroyed the Landmark Diner on the Briarcliff Manor-Ossining border, a local, community-based organization galvanized our neighbors to raise over $14,000 for the families of the diner staff.

Since the August 22 fire, the Ossining-based Gullotta House raised $14,170, all of which will go to the staffers and their families, reported Matthew Gullotta, president of Gullotta House. Gullotta noted that the Landmark owner Aristidis Thanos and his staff have long supported Gullotta House and other local charitable organizations when other Westchester residents were in need.

“The Landmark Diner is like family, so when a tragedy happens, family sticks together. That’s what our community did,” Gullotta said. “Owner Aristidis Thanos and his staff have very generously given to all of us for years. It was time for us to band together and help this family in need. All donations received will go to the employees who are now without work or an income. It’s overwhelming to see such concern and generosity. It just makes us feel like we’re in a good place. “

The blaze, which started in the kitchen at around 10:00 am, took all day to combat. Firefighters from Briarcliff, Scarborough, and Ossining were joined at the scene by fire crews from Millwood, Pleasantville, Montrose, Yorktown, and Valhalla. Staffers helped the customers get out as police and fire trucks pulled in. Two volunteer firefighters went to Phelps Memorial Hospital for heat exhaustion according to Briarcliff Manor First Assistant Chief Vincent Caruso. In total, four firefighters were treated for heat- and smoke-related conditions.

“Thank you to the first responders that came to the scene and valiantly fought the intense fire,” said Thanos, who has owned the Diner for the past 17 years. “We are also thankful for the huge outpouring from the Ossining and Briarcliff Manor communities, including the Gullotta House and the many local officials that have reached out to us.”

Fundraising efforts included donations through the Gullotta House website, plus a special raffle during the organization’s Family Fun Fair in Nelson Park in Ossining on Saturday, August 24. Local residents also raised funds through other activities including a cookie and lemonade sale.

The Landmark Diner’s owner has vowed to rebuild. “We will rally through this tragedy and come out on the other side stronger than before. The show must go on, and so, we will rebuild our much-loved diner into a true ‘Landmark’ again.” Thanos also noted that Landmark staff will have the opportunity to work at one of the other Thanos Restaurant Group locations, which are The Stamford in Stamford, Conn., and The Mirage Restaurant & Café in New Rochelle, NY.

The Gullotta House was started to aid residents of Westchester County who face financial or other hardships by providing food vouchers, scholarships, community events, holiday assistance and additional assistance to those in need. To donate, visit gullottahouse.org/.